Sports news. Just months after the Indian Supreme Court forced Narayanswamy Srinivasan to step aside as the head of Indian cricket board, the Chennai businessman took charge of the game’s world body on Thursday.

Srinivasan’s elevation as the chairman of the International Cricket Council (ICC) in Melbourne on Thursday established him as the most powerful man in world cricket now.

Srinivasan, who became president of the Board of Control for Cricket in India (BCCI) back in 2011, was forced to quit as its head as allegations of illegal betting and spot-fixing involving his own son-in-law came out in the open during the Indian Premier League.

He was toppled by India’s highest court in March as judges accused him of turning a blind eye to wrongdoing in the cash-rich T20 Indian league where his own team — the Chennai Super Kings — is also being probed in the matter.

However, during Srinivasan’s reign, India had never hesitated in flexing its muscles whenever possible and has emerged as the game’s strongman over the years. 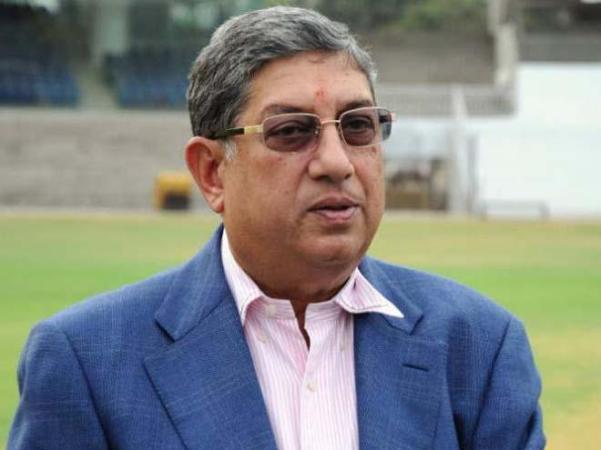 Srinivasan was smart enough to quickly realize the country’s potential to generate huge revenue for the game having the largest television audiences both at home and abroad.

He decided to take full advantage of the situation and managed to have England and Australia on board with him.

The “big three” forced changes last February to the governance of the ICC by which majority of power and revenues will now be enjoyed by these three superpowers of the game.

Srinivasan utilized his arm-twisting strategy well too and boards who tried to oppose this dictatorship of the BCCI — notably South Africa — found India unwilling or reluctant to embark on tours, thus depriving them of major windfalls from broadcast deals.

It was also because of him that India refused to take part in the decision review system (DRS) that the rest of the countries had embraced.

As nobody is willing to kill the goose that laid the golden egg, it seems now that Srinivasan will have the final word in global cricket.

The cement-magnet now having all the power means he can negotiate what he wants also. And being the chief revenue generator in world cricket, no one wants to get on the wrong side of India too.

In spite of uproars all around and court cases and probes being going on against him in India, Srinivasan took his new chair with a clear conscience.

Immediately after his appointment to the new post, Srinivasan was asked by the media if he was right choice to run world cricket after India’s Apex court had sidelined him due to investigation into IPL spot-fixing scandal.

“….as far as I’m concerned, I have done nothing wrong. There is no wrongdoing on my part, and therefore my conscience is very clear that there is no taint on me, and whatever investigation is there will take its course will come out, reports will come out,” the BCCI president-in-exile said.

“But unless I have in my mind any doubt or if I have done anything, then what you say possibly is — then one has to think. But for what I have not done, I have no concern,” he said.

That might make few cricket lovers a bit more worried.

Changing the International Perception of the Caribbean from Tourism

Marijuana in legal limbo in Jamaica

Human trafficking: The US should help not hector