Caribbean news. An early morning fire on Friday 17 January in Nevis  destroyed the building that housed the Treasury and Inland Revenue Department (IRD).

At about 2:00 a.m., the Fire Department on Nevis responded to a report of a fire in downtown Charlestown, and on arrival at the scene they met the Treasury Building totally engulfed in flames.
The officers were able to get the fire under control within two and a half to three hours, and although sections of the IRD office was destroyed they were successful in preventing it from consuming the entire building.
Acting Fire Chief Everette O’Garro advised that the cause of the fire is undetermined and indicated that the Criminal Investigations Department on Nevis as well as the Fire Services would be investigating its cause. 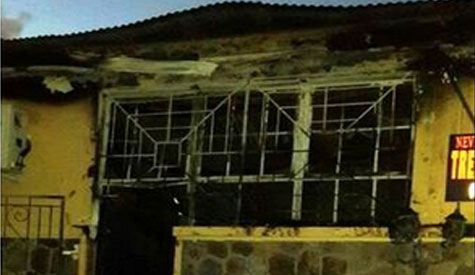 He made a special appeal to individuals, businesses, corporations etc., about the importance of putting fire prevention measures in places at their homes and business places.  “One of the things we would like people to take seriously is putting early warning systems in place such as a centralised fire alarm system. This would be able to detect a fire in its early stages and the authorities could be contacted on time. It creates the opportunity for us to catch the fire in its early stages. So these can minimise the scope of damage that fires are capable of having.”
Terresa McCall, SKNVibes.com

The unhelpful geopolitics of Energy in the Caribbean