Why Men Cheat – The Final Word 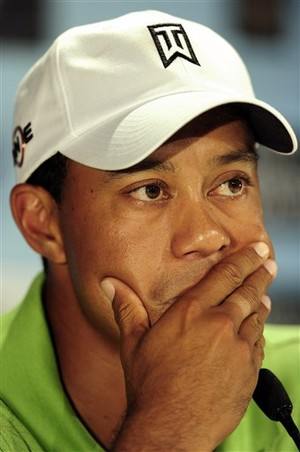 We’ve heard it all before “All men are dogs”. But in today’s modern approach to understanding ‘why’ human behaviour ‘is’, I’d like to shed some light on this male pastime.

Are men being castrated for what they were historically and culturally ‘allowed’ to do in times gone by? I mean didn’t many of the prophets have more than one wife?

Most aspiring alpha males would be part of the gene pool swimming around with these prophets or even those chiefs in the motherland who exercised polygamy openly.

I would underscore this however by saying these women and their children are / were being looked after by the man / husband financially and we’re not just sexual objects.

Given there are approximately 7 women to every man, is that not itself an argument for polygamy? I don’t know but I do know that if the global population continues to grow at such a disproportionate rate then single women could be forced to take half a man!

Now before half the female population start throwing virtual rotten tomatoes to my stage, let me ask you this. When it’s your brother, cousin, son or male friend doing the same thing’ it’s almost encouraged. Yes, encouraged. Because you know that it’s better he does that whilst he’s young instead of tying himself down to one girl so early in his ‘career’. The problem is you cannot apply the same perspective when you happen to be the women he’s only sewing his seed with.

Men are also natural hunters and conquerors. There’s a need in some capacity for men to satisfy these needs by acquiring money, cars, success in career or business and women.

This is converse to the societal expectation of men to become ‘house bound’ or a ‘husband’ which men struggle with. They either lose the eye of the tiger or become like a Tiger (Woods).

If you’re lucky to have a man who can fulfil that need to conqueror in other aspects of his life such as business, sports or the arts he could quite possibly be chasing his career instead of women. But for those men who can’t find worth in those things then determining his value in the acquisition of women is an easy road to take.

Watching Maury is great for exposing basic human justification. Women are very good at justification because they communicate with other women more frequently about what happens to them internally and so understand it. Men don’t.

Consequently when women cheat they have a list of reasons why. You didn’t give me enough attention. You didn’t tend to my emotional needs. You didn’t notice my new hairdo or that I’ve lost 0.01lbs (just kidding). In doing so women corral support and are offered sympathy. Not all, but oftentimes.

Men however fail miserably at this task, are unable to articulate why they’ve cheated and are quickly given the label ironically associated with a faithful creature – a dog.

Now if a man cheats, are you women really not to blame? Really? Or are you making the sweeping assumption that simply the state of ‘being’ in a relationship is enough to sustain the wants and needs of your man. The fabric of human desire isn’t linear but it is normally treated as such.

If you’re not able to assess what it is you’re doing wrong then you might find yourself being that woman who is always cheated on. You can’t fix what’s ‘wrong’ with another person / man but you can help yourself and in doing so reduce the level of blame associated to you if things go wrong.

There is a solution to those women who want to discard everything I’ve said thus far and find a man who will be exclusively theirs till death do them part.

The questions you need to ask are:

5. Are you truly ‘right’ for each other?

6. Is your feeling for one another sustained over a long period of time? Or just the honeymoon period?

Now if and only if you can answer all those questions with a definite yes, without hesitation then you’re in with a chance of your man not cheating.

Always remember: A better outcome is the result of better choices.

Now I’m off to stay faithful to my wife.

The Trump card in Venezuela crisis

I Need A Job Jamaica …Helping job-hunters to help themselves

The rights of a Child