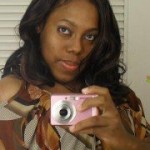 The reality is once they get that seat in parliament, they realize (if they didn’t know before) that the promises they made just aren’t possible because of lack of funds, resources, foundation. Then the voters complain, disappointed and frustrated, they raise their voices to now muted ears in a demonstration. Oh they still have their voices but many of the politicians stopped listening after they won. Our leaders need to make Jamaicans understand the real situation.

They need to state what can be done realistically and what will take years/decades to accomplish. What Jamaica needs is a wise, honest and dedicated leader who won’t bullshit them. Yet if people have the chance to get a leader like that, will they vote? Numerous times I’ve heard people say in respect to JLP winning the elections in 2007 ‘Mi tiad a PNP now, time fi give JLP a chance.

PNP nah do nothing fi wi, maybe JLP will do betta’…I hardly hear people reasoning that they picked a particular party because of what they bring to the table in terms of progress for the
country…Is it that we are too licky licky? Jamaicans have to decide if they want a realistic leader or Santa Clause?

Now our Prime Minister, the Honourable Bruce Golding has step down. Jamaica will get a new leader. However, will it be the same old story? 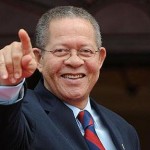 We’ll just have to wait and see. General Election is right around the corner and we all know that’s going to be a tense time. The politicians will bring out their confetti, their red carpet and you can’t forget corn beef and flour to promote support from Jamaicans. Who’ll fall for it this time? We need to recognize that we need leaders not promoters; managing our country’s affairs is far more serious than any party.

We also need unity.
Even though we might vote for different parties, we NEED to remember that we’re one country so no violence this election please.

Today I saw a photo on my friend’s face book profile. It states ‘Vote for nobody, nobody will keep election promises, nobody will listen to your concerns, nobody will help the poor and unemployed. Nobody cares! If nobody is elected, thing will get better for everyone…nobody tells the truth’ If you pick nobody then you won’t be disappointed. Then again if you don’t, who will lead?…

Caribbean Potential Best Seller: You can excel in maths