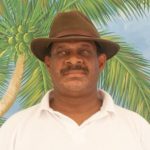 A series of stories looks at the Virgin Islands political scene as midterm approaches: What is the political pulse of the country approximately two and a half years before another general election season begins?

This narrative asks why the Government, despite pursuing policies of economic growth, something critical for Virgin Islands prosperity, and the future of Virgin Islands youth, appears to be increasingly unpopular with a specific demographic. In the following story, the Virgin Islands voter is assessed using the prism of the US political model.

Voters in most developed democracies have very short memories. This appears a universal paradigm. Voters are quick to forget the woes and unpopularity of a past government once a new political regime is in place.

Then after a period of time, usually by mid term, all the discontent with a past regime is passed on to the new: the incumbents. And political missteps by the incumbent politician only makes matters worse for the party in power in terms of keeping Joe Elector happy.

However, keeping Joe happy is a crucial, if the party wants to enjoy a trouble free term, with reelection, the big prize at the end.

A near UNIVERSAL POLITICAL PARADOX is this one: in about 18 months into the term of a new government, an ousted and previous regime frequently begins to look, well, not so bad after all. It is even loved afresh.

A clearly odd illusion of the past builds in the voter mindset, it continues to grow, and an unrealistic nostalgia begins to set in. The good old days, that were clearly not so good, are re engineered in minds and hearts: conjured up in the voter’s imagination. Is this a form of wishful thinking? Is it an allusion to Never Never Land?

As midterm proceeds to election year, there is the tendency, that far from people feeling better, they actually feel worse, even though economic and social facts on the ground may be a positive for the incumbent government.

Instead, complaints against the status quo become the norm. Yes, the grass frequently appears greener on the other side of the political spectrum. Then the ousted regime is once again returned to power at a proceeding election: the see saw begins all over again come the next mid term. 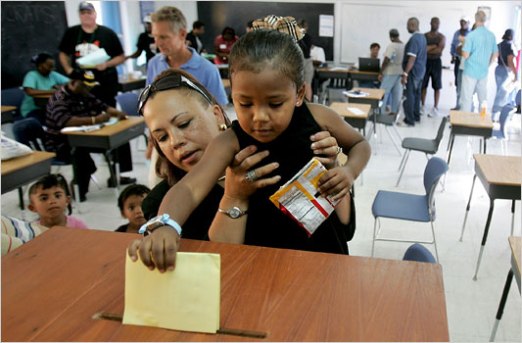 This is one of the manifestations of an electorate made up of swing voters: volatile voters who will not give their unfettered loyalty to one party or the other in a two party system. And like a swing, swing voters move from one political party to the other repeatedly, hence the adoption of the term swing vote. These are folk not easy to please or pin down, and nomadic in their political choices.

The reader may argue that this is not so, but then, do not forget US President Barack Obama’s midterm sometime between 2009 and 2010. Much of the American Electorate appeared to have gotten amnesia. Millions of US voters forgot that the recession of 2007-2009 was caused by a President George Walker Bush. Bush created an uncontrollable deficit driven economic culture.

This was a Modus Vivendi that at the end of that President’s term blew up a housing bubble filled with bad mortgages. This soon became unsustainable and the vast balloon burst, causing the worst global recession since the Great Depression of the 1930s. Obama spent his First term correcting a huge economic anomaly.

And who eventually got the blame for the poor US economy? Yes, it was the Incumbent Barack Obama and the Democratic Party who paid the political price for George Bush’s economic funk at Mid Term Congressional elections.

The US Leader also had the difficult task of getting US troops out from a disastrous military expedition into Iraq. This was a thoughtless military gamble by a President Bush obsessed with culling the Tyrant Saddam Hussein: an adventure that cost thousands of innocent lives. It also cost the US taxpayer over a trillion dollars.

So why use the US model for a much smaller Virgin Islands? Well, it is an analogy that states that voter memory loss is not unusual. The incumbents usually bear the cost of the failures of former governments. And the same is happening in the Virgin Islands.

Voters appear to have forgotten 2007-2011, with a litany of financial shenanigans, including millions of dollars spent on cronyism and consultancy driven politics that has had zero benefit to the Virgin Islands.

And that includes a green house project yet to produce anything for the dining table, and a European company brought in to sell water to the local population that may be looking for water forever, and financed by the Virgin Islands taxpayer. Add a hospital project that has been going nowhere for years, that at last appears to be heading somewhere.

But no! It appears voters have forgotten already. And the present incumbents have become the bogeymen, albeit aided by an opposition press machine that appears to have the inside scoop on various ‘sensitive matters.’