The fall and fall of West Indies cricket

In West Indies Cricket News. Unpreventable sarcasm now makes it look like the West Indies joined everybody else in giving Sachin Tendulkar a farewell gift. They gifted him the series. At least the batsmen did.

Chris Gayle who showed no stomach for a longer stay at the crease, Marlon Samuels who showed unmatched appetite for senseless strokes, Darren Sammy who left little to imagination among others – they all did their own honourable thing for the retiring man, and in turn suffered for severe lack of performances on all fronts.

Talk about frenzied suicidal attempts till you finally succeed. They did, first in Eden Gardens in Kolkata when they suffered a batting disorder of the series in the second innings and twice at the Wankhede in Mumbai, allowing the game to finish in two-and-half-days. Although India thrashed the Windies winning the series 2-0, it should give them no joy that the opposition simply showed no stomach for a fight with the bat.

It is really sad to see West Indies cricket, which once dominated the game all over the world, has touched so low that their batsmen could not last a single day and their bowlers are unable to fold up an innings cheaply.

“It is very disappointing. We never turned up in the series. We came here on the back of six Test victories against Bangladesh, New Zealand and Zimbabwe. Coming here really taught us a lesson and exposed us. It told us how far we are behind the top four teams in the world,” skipper Sammy said after the match. 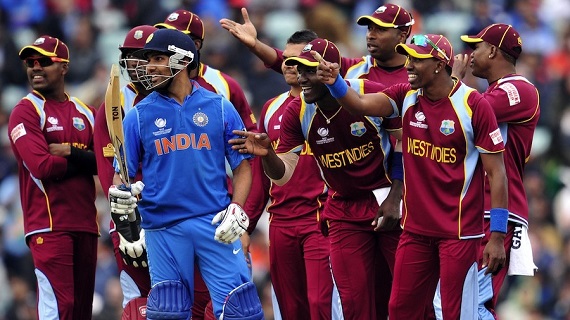 “I personally have been very disappointed not just for me, but for the team. It is a good lesson for us as we go to New Zealand where we play our next Test series,” he added.

The St Lucia all-rounder is hoping the team works on restoring some pride in the one-day series that follows. “It is only up to us now to pick ourselves up. We have the one-day series coming up. New leadership is in place. Dwayne Bravo (ODI skipper) and the one-day guys are coming here and we are looking to restore some pride,” he says.

Sammy expressed a great deal of disappointment in his own abilities as captain of the team. “As a captain, I have not at all led from the front in this series. We deserve all the criticism and all the comments that are being thrown at us. We were quite happy coming here. We are happy to play Test cricket. Getting two Test matches against a good opposition was a wonderful opportunity for us as a cricket team and for us to measure how far we are in world cricket. We are much better than what we displayed in the last six days,” he said.