The “ABC” of Politics in the USA: America, Barack, Coalition (Part 3) 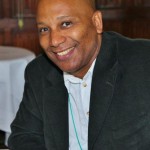 Barack Obama has been re-elected as the President of the USA due, not least, to the “ground game” of voter numbers through his coalition of communities of interest. Significant within that coalition was that he received 93% of the vote of African-Americans, 73% of the Asian*- American vote and 71% of the Latino-American vote.* Oriental

Whilst the fact that presidential elections in the USA have been racialised for over 200 years has been obvious but denied – from the first presidential election in 1792 the promotion of white candidates to the exclusion of others and the focus on issues of concern to the white community institutionalised that racialisation – it is only now that white Americans are fully recognising that the views and concerns of ethnic/racial groups other than theirs are of legitimate consideration in an election.

Having violently taken the land from those that originally lived in the USA and having violently used others to establish their wealth and hold on the land, the descendants of some (white) Europeans are now complaining that “traditional America” is disappearing. However, not only does that complaint assume that “tradition” only began when the whites arrived and overlooks that history of violence but, as poignantly elucidated by Jon Stewart’s Daily Show, forgets how different waves of European groups were regarded by the then established white elite at different times. 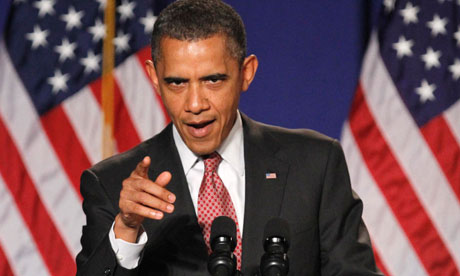 What has helped to open the minds of the white media and community in America is that the (almost) exclusively white Republican party is facing the very real prospect of being out of power for decades to come and even for a century.

That is due to two key reasons: first, by 2050, whites (excluding white Hispanics) will be in the minority in the USA for the first time since slavery and the European colonisation of the Americas; secondly, at 50 million, the Latino population is now the largest “non-white” community in America and is increasing at a higher rate than other groups. And at the end of the day, irrespective of voter suppression tactics, it is population numbers (ie. voters) that count.

Therefore the two (white) dominant political parties in the USA are concentrating on the Latino community in order to secure the Latino vote. In that focus there is a real risk that the Black community, whose population (and consequent voter rate) is not expected to increase proportionally by 2050, will become permanently side-lined as a political irrelevance and even overtaken in political impact by the much smaller but (economically and numerically) growing Asian (Oriental) community.

So the challenge for Black America is to prepare for 2016 and beyond – to prepare now for the period after Barack Obama has left office and the (white) Democrat party returns to a position of minimal Black political appointments and ignoring the Black agenda. 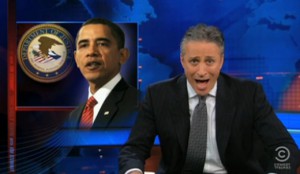 From being 10% in 1950, the Black community has increased slightly to 13% of the population of the USA (having been 19% in 1790) with no national senators and around 40 representatives in the Congress. Whereas, from being only 1% in 1950, the Latino community is now 14% of the population of the USA with two national senators and 30 representatives in the Congress.

The likely cumulative impact of the increase in the Latino population, the number of elected representatives and the rush for the Latino vote (which, as shown in part 2 of this series, is largely a white vote) is a further marginalisation and side-lining of the Black voice in the political landscape of the USA.

The church in the USA has played an important role in the presidential elections. From acting as the organising base and the place of succour for many of those making a stand during the height of the civil (human) rights activity in the 1950s and 1960s, to helping to promote the vote in the 2008 and 2012 presidential elections, the Black church has been key to the election and re-election of Barack Obama. The “pews to the polls” initiative (including carrying people from church to the polling station for early voting) was clearly successful in tackling voter suppression and getting people out for the ballot but the question now is whether voting is enough.

Voting is fundamentally important but it has to be accompanied by candidates standing for election, activism within the parties (at all levels), control over media/news messages and being in positions to shape/make decisions. A small voter bloc can be hugely influential if that particular bloc has economic power. But, if that bloc has little economic power (or has a lot of potential power but does not flex it in a coordinated manner) then voter numbers become more crucial. A larger proportion of the population by 2050 may therefore require a higher birth rate over the next 40 years. 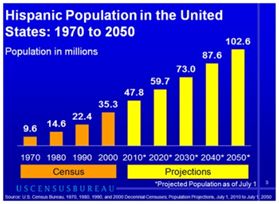 With or without voter numbers the key must be to make clear, consistent, co-ordinated and constant political demands as politics determines the outcome of everything from schools for children, to jobs/opportunities for adults to services for the elderly. These demands need to be well researched, well crafted and well argued. They also need to be widely known and widely pushed at all levels and in all corners of the community. In addition, they need to be well targeted – targeted at those in office who need to be fully aware that their continuance in office is dependent on their responses to the demands.

His Coalition got Barack Obama re-elected as President of America but, for African-Americans not to become side-lined in that coalition, become irrelevant to electoral outcomes by 2050 and return to being invisible in politics, the Black community needs to think strategically about how to achieve and maintain a proportionate and consistent impact on American life in future decades.

Eyeing the case before the Caribbean Court of Justice

Needed: A collective voice in the G20 for developing countries