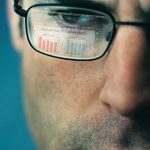 The Indian cricketers are finally back home. After an 81-day UK tour, followed by a fortnight-long Asia Cup meet at United Arab Emirates, the Indian team is now ready to take on West Indies at home.

Stung by defeat in England and heading to Australia for a tough tour next month, India will look for some confidence-boosting home victories against the West Indies.

The number one Test side will start as favourites against the eighth-ranked West Indies in the series of two Tests, five One-Day Internationals and three Twenty20 games.

However, this wasn’t always the case. For decades, West Indies had dominated over India.

But West Indies cricket has taken a plunge over the last couple of years and they are no longer the fearsome unit that used to send chills down the spines of their opponents.

So stung by defeat in England and heading to Australia for a tough tour next month, Indian cricketers are looking for some confidence-boosting home victories.

“West Indies doesn’t have a team to compete against India. They don’t stand a chance at all,” veteran India spinner Harbhajan Singh was quoted as saying ahead of the first Test in Rajkot, in Gujarat, starting on Thursday.

India will have the perfect opportunity to find a solution to their top-order batting woes before their year-end series in Australia. 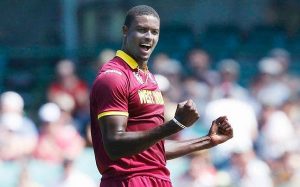 Murali Vijay and Shikhar Dhawan opened for India in the first match of the recent five-Test series in England but the duo were dropped following modest returns during the 4-1 defeat.

Lokesh Rahul, the third opener in England, survived the axe after posting a 149 in the final Test at the Oval and will walk out to face the new ball against West Indies in the company of either Mayank Agarwal or Prithvi Shaw, who are both uncapped.

Agarwal, 27, was rewarded for a 2017-18 season in which he scored heavily across formats while the 18-year-old Shaw has already been tipped to have a bright future in national colours.

The trip to Australia will be the last chance in 2018 for Virat Kohli’s men to show they can match their formidable home form with success abroad and show the world why they are the world’s top-ranked Test side.

India, who last lost a Test series at home in late 2012 against England, started the year with a 2-1 loss to South Africa but then thrashed debutants Afghanistan at home in a one-off Test before flying to England.

Despite the task facing his side, West Indies captain Jason Holder was upbeat.

“It’s been good. Our last two-Test series were very good,” Holder told reporters on the team’s arrival in India.

“India are the number one side, we are way down the ladder (at 8). We are playing in their backyard, it is a huge task. Not many teams have come here and won. We understand that but on the flipside we are getting better and better,” said coach Stuart Law, who will take charge of Middlesex after the team’s tour of India and Bangladesh.

Villa Isis: The beauty and pride of Saint Lucia