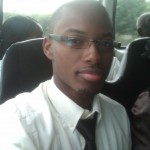 On Thursdays of every week students look forward to the heavy base, mellow tunes and sweet vibes that integration Thursdays offer at the UWI Mona campus.

However amidst all this joy and festivity last Thursday tension arose when a student and a security guard got into a tussle; the encounter began with just loose words being tossed about until a point of physical connection was made.

At this point the security guard held tightly to the garment of the student. One would then think after being accosted in such a manner the student would accept defeat and carry on his way.

However this was not so, the student then in a fit of rage decided to retaliate and pulled a sharp yet unknown object and made an attempt to puncture a ligament of the security guard; the security responded to this threat by pulling out a firearm.

Instantly the crowd scattered at the entrance to the students union where the session was held. At this time cries for help were made from fellow students and pleas for the young man to be let go. 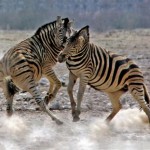 With anger in his eyes and mercy in his heart the security released the student and continued with his job. Putting such hostility aside that session of integration Thursdays was one to be enjoyed with sounds of sweet music in the ears, students partied the evening away and the goal on letting loose and relaxing was attained.