Lights, camera, action – former Latin teacher Daphne Joseph-Hackett introduced onto the public theatrical stage the forbidden language of ‘Bajan Creole’.¹ Born in Barbados in 1915 Joseph-Hackett brought drama productions into a new realm by Bajan’s being allowed to watch plays in a building rather than in open village yards.

Before Joseph-Hackett, Barbados had encountered colonization, slavery then emancipation, local entertainment was provided in the small villages by indegenious people with presentations being based on folklore, myth, and rituals. Prior to their freedom the slaves used plays to mimic their masters which some say provided some sort of relief and comfort from their pain. Drumming and dancing was also said to accompany these performances. The slaves were able to watch these plays when not working on days such as Sundays, Christmas, and Easter, or on certain work-related holidays, like at the end of the sugarcane harvest² .

Forward now to 1940, theatre workshops were then being sponsored by the British Council where Joseph-Hackett was employed and during a time when the Bajan Creole language was banned in theaters. During rehearsal for a play one of the actors forgot their lines and reverted to speaking in Bajan Creole, on hearing this Joseph-Hackett became inspired to bring forth this beautiful dialect into the public arena. However, when the workshop headmistress heard what had happened and noted Joseph-Hackett enthusiasm for the language she permitted its use in public performances.

In 1960 Joseph-Hackett co-founded the Barbados National Theatre Workshop, in 1966 she also helped to establish the theatrical productions of the Barbados Festival Choir and acted as its business manager, this group toured some of the Caribbean islands. As an actress, she performed in the Barbados radio series called ‘The Braithwaites of Black Rock’.

A dedicated and passionate educator, actor and theatre producer Joseph-Hackett was awarded the ‘Silver Service Star Order of Barbados’ for her 30 years of service in developing the theatre in Barbados. Following her death in 1988, ‘The Daphne Joseph Hackett Theatre’ was born in 1991 and was named in honour and recognition of Joseph-Hackett’s contribution to drama in Barbados and the Caribbean islands.

This article is dedicated in loving memory of Carmen Gwendolyn Medford, 27 December 1936 – 19 February 2021, A beautiful lady from Barbados who left a legacy of love to all who knew her!

Until next time, remember you are beautiful and wonderfully made – With love Amanda x

Disclaimer: This disclaimer informs readers that the views, thoughts, and opinions expressed in the text belong solely to the author, and not necessarily to CaribDirect Multi-Media Ltd. 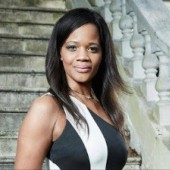 Amanda Alexander is a TV Media Journalist, Founder & Managing Director of her TV content creative company ‘Amanda Alexander Productions’. A TV Executive & Talent both in the UK & USA, she creates and produces diverse programmes to inspire, motivate and educate all cultures. Amanda also heads ‘Elect Lady Ministries’, a ministry dedicated to helping women find practical solutions for their lives through the Christian faith in a non-threatening and non-religious manner. A Christian for over 20 years, Amanda is an ordained Pastor and loves all types of Adventures. To contact Amanda please visit her website www.electladyministries.com or amanda@amandaalexanderproductions.com

Help with your Signature