A vision of the road to VI independence 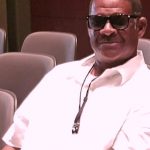 The road to Virgin Islands independence is a long and winding road that starts with public discussion, and debate, leading to a referendum, where two thirds of a territory’s citizens vote for independence.

OTs must unite, in order to possess the type of power that unity alone can generate.

Both leaders of the Independent Confederation will be appointed by committees comprising representatives of all the OT Legislatures,  and an OT council of Premiers.

Independent Territories that are part of the Independent Confederation will be led, like today,  by a governor and a premier. The one difference: the governor will be a native of the islands appointed by a committee made up of all three arms of government: judiciary, legislature, and cabinet.

The first factor driving public skepticism is constitutional. Who will keep the executive arm of government in check in the absence of the Queen? How will the doctrine of separation of powers – a great centurion for keeping tyranny at bay- operate?

A more common question asked: will a territory such as the British Virgin Islands be able to keep the US Dollar as its main currency? Who will guarantee the security of a newly independent territory with no current army or coast guard?

How will newly independent territories govern their external affairs. Independence will mean a seat in the United Nations; ambassadors to the USA, UK and European Union; and a string of ambassadors and embassies around the world. How will territories pool resources to ensure the viability of independence?

The preceding are all matters that must be discussed, addressed, and decided, before even a referendum can be held.

Any move towards independence will not be driven by commentators or individual politicians, but by a willing public after hearing the various arguments in a very public forum.

A Scaredy-Cat’s Perspective on Sales