Exploring the decriminalization of marijuana Part 1 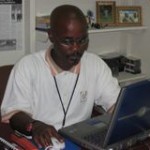 By letter dated September 02, 2013, Prime Minister of St. Vincent and the Grenadines Dr. Ralph Gonsalves, had written to Honourable Kamla Persad-Bissessar, Prime Minister of Trinidad and Tobago who is the current Chair of CARICOM calling for regional debate on the issue of the decriminalization of marijuana.

According to Dr. Gonsalves in his letter, “I think that it is high time that CARICOM address regionally this matter in a sensible, focused, non-hysterical manner.

“After all, the marijuana plant has a bundle of proven, and potentially beneficial uses. It is true that its misuse and abuse, and the consequentially criminalization of its cultivation, possession and supply, have impacted on our people’s health, welfare, and security.”

Prime Minister Gonsalves is not the first leader to make such a plea for the region to examine the way forward for the decriminalization of marijuana. A decade ago, Prime Minister of Saint Lucia Dr. Kenny Anthony called for a CARICOM Commission on Marijuana, but this call was ignored.

There is also the collective consensus of prominent voices in the Caribbean united in their belief that the way the laws regarding cannabis crimes are carried out, is doing more harm than good.

Amongst them are former Youth and Sports Minister of Saint Lucia Lenard Montoute, Dr. Henry Lowe of Jamaica, President of the Saint Lucia Chamber of Commerce, Industry and Agriculture Chester Hinkson, and medical practitioner and independent senator in Saint Lucia Dr. Stephen King.

These persons have all made calls for the decriminalization of marijuana, expressing their convictions publicly regarding the treatment of cannabis offences and its effects on the society.

Additionally the head of Saint Lucia’s Drug Advisory Council had asked persons to explore an argument for the decriminalizing of cannabis from a crime reduction standpoint.

While the Caribbean procrastinates, the fast-paced cannabis reform that is occurring in the U.S. is also reason for serious concern. 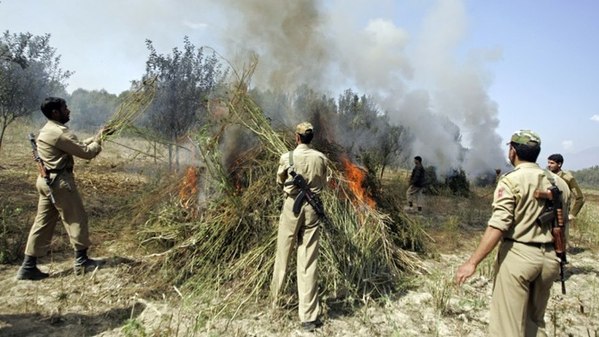 Over twenty states in the United States have already legalized marijuana for medical and health purposes, placing them miles ahead of other countries in this regard. It is expected that within the next two to five years, all fifty states in the USA will have decriminalized marijuana, forcing Congress to effect amendments to the federal laws.

Prime Minister Gonsalves pointed out in his letter that, “The USA is already miles ahead of all other countries, globally in medical marijuana. It is already a huge industry with legitimate cultivation, research, production and distribution of pharmaceutical and cosmetic products.

“The longer we wait to give serious regional consideration to this subject, the further behind we would lag in the inevitable legitimization of medical marijuana, globally.

“In the end, our Caribbean would consume the medical, health, cosmetic, and other products derived from marijuana, legally grown and produced in the USA.”

The countries that have already effected changes in respect of the decriminalization of marijuana are-:

Argentina.  It is legal for personal use in small amounts and for consumption in private locations.  Public consumption is generally accepted among young adults and is overlooked by police in the suburbs. Consumption for medical purposes is accepted but not legislated (only in private locations).  Cultivating, transporting and selling large amounts is illegal and punishable by present laws.

Australia.    Decriminalized for personal use in small quantities in the Australian Capital Territory, South Australia, Western Australia and the Northern Territory.   It is a criminal offence in New South Wales, Queensland, Victoria and Tasmania.   Enforcement varies from state to state though a criminal conviction for small amounts is unlikely.

Belgium.     For adults, consumption in one’s home and possession of quantities of up to 3 grams or one female plant is legal.

Brazil.        The possession of any drug for personal consumption entails a warning, community service and education on the effects of drug use. The same applies for the planting and /or preparation of small amounts of any drug.

Canada.     Decriminalized only for medical use.

Chile.         Cultivation of cannabis plants other than for personal use is considered illegal without a permit from the Agriculture Ministry.  Though consumption and possession of small quantities alone on private property is legal, consumption by a group of individuals is illegal.  Consumption for medical purposes is legal but not regulated.

Colombia.   Since 1994 possession of small amounts up to one gram for personal consumption is decriminalized, however sale and cultivation remains illegal.

Czech Rep. Possession of small amounts for personal use is legal. Cultivation of up to five plants was decriminalized in 2010. Sale remains illegal.

Ecuador.    Possession is legal in quantities for personal use defined as being up to 20 grams.

India.         Used during observance of certain Hindu rituals. Government owned shops in holy cities like Varanasi sell cannabis in the form of bhang.   Despite the high prevalent usage, the law makes it illegal to possess any form of the drug.

Jamaica.     Cultivation, retail and consumption is illegal.  However, this is often overlooked and cannabis is sold openly.

Norway.     Up to 15 grams is considered an amount for personal use.

Pakistan.    There are laws prohibiting the sale and misuse of cannabis exist, but are very rarely enforced.  As with hash, the occasional use of cannabis in community gatherings is broadly tolerated as a centuries old custom, despite its association with lower income groups.   The open use of cannabis by Sufis and Hindus as a means to induce euphoria has never been challenged by the state.   Further, large tracts of cannabis grow unchecked in the wild.

Peru.          Legal under certain conditions with possession of up to eight grams of cannabis is legal as long as one is not in possession of another drug.

Portugal.    The enforcement of the laws makes it illegal in some instances, while small amounts for personal usage have been decriminalized.

USA           Decriminalized for medical uses only in 20 states. Laws vary by state, though state law is superseded by federal law which classifies cannabis as a Schedule 1 substance, the same classification as heroin and LSD. The US Supreme Court has ruled in Gonsales versus Raich that the federal government has a right to regulate and criminalize cannabis, even for medical purposes.   In 2009, the Attorney General directed that federal laws do not specify quantity for personal use, and that possession for personal use should not be penalized.

Venezuela. Although possession of up to 20 grams is not punishable, users must go through a drug treatment program.

In decriminalizing marijuana, Caribbean countries would make a serious impact on crime. Decriminalizing will influence the way in which the police treat the young men of this country when confronting them during police operations.   Cannabis is illegal and many young men use it. The truth is, that out of the number of young men who use cannabis, only a very small percentage of them are actually involved in violent criminal activity, their only crime being the possession of a controlled substance; a victimless non violent crime.   Surely, an individual with EC$5.00 worth of vegetative material on his or her person cannot be considered a danger to anyone.

Decriminalizing will affect the way in which the police manage their operations. With limited resources, the police need to prioritize their operations.   Which operation is more important to the citizens of the country?  An eradication exercise, where the police spend time and money searching for marijuana plantations, where they find themselves in isolated areas for long periods, far removed from populated areas, so that when a serious crime is being committed, they are way out of reach.

On the other hand, a patrol exercise where the police make their presence felt by maximum exposure in populated areas and hot spots.   If the effects of the two operations were assessed, the patrol presence would have a much more positive effect on crime reduction.   A strong police presence would make would-be criminals think twice about committing a crime.   The combined effect of a greater police presence, as well as a more respectful and co-operative ghetto youth will obviously have a positive effect in the fight against violent crime.

Decriminalizing will assist the various justice systems by reducing the number of drug cases the courts have to deal with, as no longer will cannabis offences require the courts to deliberate over them.   This in turn saves the courts valuable time in dealing with more serious cases, easing the backlog of existing cases, and saving the taxpayers money that would have been spent on prosecuting individuals for frivolous offences.

Decriminalizing will have a positive impact on the overcrowding problem being experienced at the prison facilities in Caribbean islands, as all persons imprisoned for cannabis offences can be freed by way of an amnesty.

Persons that would have been sentenced for marijuana offences will no longer have to serve jail time, which will create much desired space for violent criminals who need to be removed from civil society.   The taxpayer will no longer have to feed people in prison who should not be there in the first place and who could have been making a positive contribution to society. It costs each Caribbean country an estimated EC$2,000.00 monthly to house an inmate. In these hard economic times, saving this much money is prudent.

CARICOM is made of independent countries with criminal activities that are unique to these societies, and as a result, these problems need to be addressed in a manner that is specific to the situation that they face.

CARICOM countries can no longer depend on archaic laws that were pulled from drug laws that were originally written in other countries, pieced together, and modified by the lawmakers at the time, to suit the misuse of drugs situation back then.

The socio-economic climate at the time dictated that the law be written as is known today.   The region’s socio-economic climate has changed drastically over the past two and a half decades to the extent that the law is almost farcical.   The people of the Caribbean live a very unique lifestyle that has been influenced by their history, their geography, as well as by many of their Caribbean icons, the best known being Robert Nesta Marley, Peter Tosh, and Bunny Wailer.

Since reggae music’s worldwide popularity and the exposure of the rasta lifestyle, attitudes regarding cannabis use in the Caribbean have changed.   People are more tolerant and understanding and as a result, the law must follow suit.   The way the law as is presently, causes more harm than good. Part II of this article is next week.

Andre de Caires has been involved in the research of marijuana for over twenty years, is an agriculturist with decades of experience, and in 1988 presented the Industrial Hemp Initiative to the Government of Saint Lucia.

Robertson S. Henry a Saint Lucian sports journalist/photographer has received many awards, one of them being from the International Olympic Committee in 2005. He is also a Founding Member of the Drugfree Club Movement in Saint Lucia in 1988.

Billy Paul famous for Me and Mrs Jones dies