Obama, no you can’t… 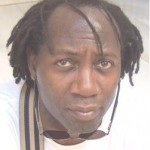 With the race to elect the next American president well under way I’m sure that there’ll be a welter of media articles summarising Barack Obama’s tenure.

No doubt these articles will regularly use the word that no political leader thinking of their place in history wants to hear, failure.

Given the complex range of political issues that Obama had to grapple with – the global economic crisis fuelling high levels of unemployment, finding a solution to the Middle East when many before him have failed and trying to persuade America that introducing healthcare for all is meeting a nation’s needs and not an act of high treason just to name a few – it’s a tough call to label him a failure yet there are enough Americans who think exactly that.

From an outsider’s perspective America’s dissatisfaction with Obama is best illustrated through his battles to drive through the healthcare bill: on the face of it who can argue that politics should always be a force for good and helping those who are unable to help themselves should be the true business of all politicians.

Yet Obama’s original healthcare bill met with sufficient opposition that it was compromised down to a pale shadow of its original intention and even then needed the help of the American Supreme Court to survive. If Obama had so much difficulty getting through a bill that looked to help so many then little wonder those that looked to him to change their circumstances became disenchanted.

From the outset there have been those, myself included, who have said in regards to Obama that far too much hope is being invested in one man by far too many. Without wishing to appear overly cynical it is far easier to write off the investment of too much political hope when history tells us that this is so often confounded. 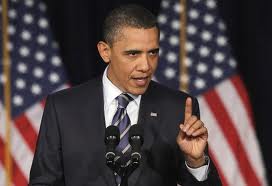 With confounded hope comes unsurprising voter apathy, which is reflected in low voter turn out: in the last UK election 65% of those eligible to vote turned out; in the US 60% of the electorate voted in 2008 the year that Obama came to power; in Jamaica when Portia Miller came to power 53% of the potential voters voted and bucking this trend 83% of the electorate in St Kitts and Nevis voted in the election won by Denzil Llewellyn Douglas.

While some voter apathy can be written off as a failure to invest the time and energy needed to understand politics there is another message here: the sheer range of voter need makes it difficult for any political leader to be anything other than a failure.

The world of haves and have-nots I believe defines politics more than ever: in the UK the Organisation for Economic Co-operation and Development has said that the wealthiest tenth of society now earn 12 times as much as the poorest, up from eight times as much in the 1980s.

This situation I’m sure can be found in many countries around the world as well as when making country-by-country comparisons. How does a political leader come up with policies that address the needs of all of the electorate? They don’t, they accept that there’ll always be winners and losers and hope and calculate that they’ll not be among the losers.

Little wonder that Gaylene Gould, whom I interviewed for my article on griots, dismissed all politicians as being unworthy and unable to live up to the standards expected of a griot.

Those fans giving politicians a rough ride at the London Olympics by booing the Chancellor George Osborne, jeering the Home Secretary Theresa May and being less than cordial with the premier David Cameron make it clear that they expect the politicians to perform to the same principled standards of the athletes that they have spent the past month roundly cheering. When held to these standards politicians will always fall short.

Belgian Newspaper in trouble for portraying Obama as an Ape