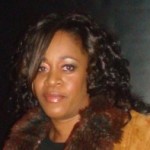 Jerry is married to Beth they have both given their lives to Christ, with Beth giving her life first and Jerry following a year later.  Jerry’s life before he married Beth was living in the fast lane.  From age of 21 he and his best friend Kipper were the “Men” in their Manor.  They had the younger boys running for them.  He always had papers (money), by the time they were 21 they had each purchased Mercedes cash. The ladies was never a problem, his crew could walk into any club as most of the Security knew us.  Life was about having fun, papers in your pocket, nice garms, going on holiday with my crew.

How times have changed, Jerry was going back to his old manor and wondered if Kipper was still running with the boys. Jerry had not heard much since he moved away from Brooklyn and now living in Maryland. Jerry wanted to see if he could find Kipper his best friend back in the days, his boy.  Kipper was like a brother to him, but Jerry did not want to live that life any more so he moved out of Town.  Jerry wanted to find Kipper to tell him about his commitment to Christ, he was hoping that he could talk to Kipper to see if he could change his life.   He had received an address from one of their old crew members.

Jerry was now approaching the house that Kipper was supposed to be living, he was getting anxious and excited all at the same time. Jerry knocked on the door, after a few minute a young lady opened, Jerry thought to himself, only Kipper has women looking so young and fine, what a figure most men would die for.  Jerry had to catch himself as he realised how easy it was for men to be tempted.  Matt 26:41

Jerry said “hello, is Kipper here”.  The young lady gave him one look, he knew something was up.  She shout back “what you want with him”, Jerry said “I am just an old friend from when we were young, is he in”, she said “he don’t live here anymore”.  Jerry asks, “do you have a forwarding address for him”.  She then shouts back “you better go ask Jesus”.  Jerry took a step back at her statement, Jerry said “excuse me, what did you say”.  “Well”, she said “your boy gone and got saved or something like that”, “he say him see the light.  He will be back” she said.

Jerry was shocked and happy all at the same time.  He then said to the woman, “are you serious”, she said “do I look like I am kidding”?  Jerry took another look at her and realised that God has to be working in Kipper’s life for him to leave a fine woman like this.  Yes I can see Kipper cheating on her with another woman, but for Jesus no chance he would have had to leave.  Jerry said to her “sorry”, don’t know why he said that, but he was sorry for her.  He was sure that Kipper would have tried asking her to commit to God, but you cannot lead anyone, you can just tell them about Jesus and how he died to save us, then it’s up to them.

Now Jerry was determined more than ever to find Kipper, Jerry’s next stop was to go and visit Kipper’s parents.  As Jerry is approaching Kipper’s parent’s house, he noticed a guy next to the house putting something into a car, as he approached he realised that it was Kipper, Kipper had not seen him approaching so he waited for Kipper to take his head out of the car, Jerry said, “Hello my man”.  Kipper was so shocked to see Jerry standing before him.  They just hugged each other. It seems like for ages.  Kipper said “what are you doing here”, Jerry said “I came to look for you”, “I felt I needed to come and see you”.

“I went to your crib and a young lady told me you didn’t live there anymore”.  Kipper said “that must be Paula”,” how was she”, Kipper asked.  Jerry said “she didn’t seem happy she said you got saved”.  Kipper was not sure how Jerry’s reaction would be with this, but he wanted to share this with his best friend.  Jerry felt Kipper’s uneasiness, but said to Kipper, don’t worry Bro, I have been saved over a year now.  When Kipper heard those words from Jerry, they just hug each other again.  Jerry now wanted to know all about what happened, how Jesus changed his life.

Leadership Secrets: ‘To be’ or ‘Not to be’

All are invited to special TT Thanksgiving Mass