Travel alert issued by US for Caribbean

U.S. health officials on Friday issued a travel warning for 14 countries and territories in the Caribbean and Latin America where infection with Zika, a mosquito-borne virus, is a risk.

The U.S. Centers for Disease Control and Prevention (CDC) in particular cautioned pregnant women not to travel to those areas as Zika has been linked to a serious birth defects.

It also includes advice that women who are trying to become pregnant should consult with their doctor before traveling to those areas. 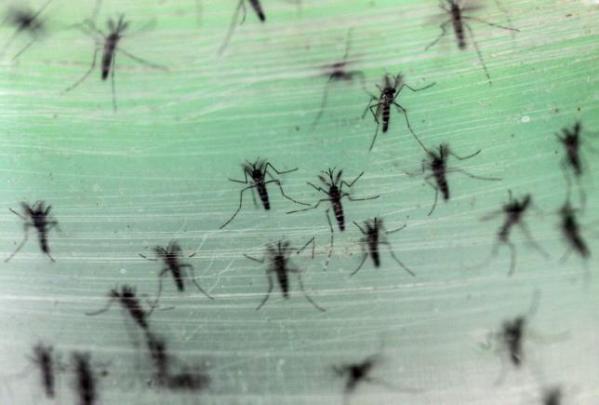 Male Aedes albopictus mosquitoes are seen in this picture. Zika virus is among the viruses spead by the species.
REUTERS/MA QIANG/SOUTHERN METROPOLIS DAILY

Zika virus is transmitted by Aedes species mosquitoes, which also spread dengue and chikungunya viruses and are common in Texas, Florida and elsewhere in the United States.

Zika is usually a mild illness with fever, rash and joint pain. There is no preventive vaccine or treatment, according to the CDC.

Dr. Lyle Peterson, director of CDC’s division of vector-borne diseases, said the agency has confirmed that Zika virus was present in samples provided by Brazilian health authorities from two pregnancies that ended in miscarriage and from two infants with diagnosed microcephaly who died shortly after birth. Microcephaly is a birth defect where a baby’s head is abnormally small and brain development is incomplete.

Genetic analysis showed that the virus in the four cases was the same as the Zika virus strain currently circulating in Brazil.

CDC officials said the biggest risk was in the first trimester of pregnancy, and continued into the second trimester.

Petersen, speaking on a conference call, said the CDC had confirmed 26 cases of the disease among returning U.S. travelers since it was first reported in 2007, and is still receiving specimens for testing from travelers who recently became ill.

In December, Puerto Rico confirmed the first locally acquired case of Zika virus in a person who had not traveled outside the island.

CDC said all travelers should take protective measures against mosquitoes, such as netting and repellent, if they travel to areas where the infection is present.

Zika virus outbreaks have occurred in Africa, Southeast Asia and the Pacific Islands, and have been reported in some countries in the Americas.