The Marrakesh Treaty is a legally binding international copyright law administered by the World Intellectual Property Organisation (WIPO). The Treaty was adopted and opened for signature in Marrakesh Morocco on 27th June 2013, and entered into force on 30th September 2016.

The Treaty strives to ensure that millions of blind, visually impaired and print disabled persons around the world are not deprived of the basic right to read. The Treaty facilitates access of persons who are blind, visually impaired or have a print disability, to books and other “published works” in accessible formats without having to obtain the permission of the copyright holders. This further allows the production and international transfer of these specially-adapted books. 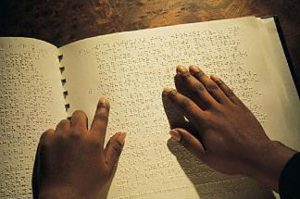 Only about 7% of published books are made available globally in accessible formats, such as Braille, audio,  large print and DAISY1 formats. In the developing world, the figure is less than 1%. This situation is partly due to barriers created by copyright law.

Acceding to the Treaty is important in ending the “book famine” that deprives visually-impaired persons’ access to most reading material that is published.

So far 71 States have ratified or acceded to the Treaty.

By ratifying the Treaty, the Government of Saint Lucia is therefore communicating its unwavering commitment to persons with disabilities.  Moreover, this positive action will also help to achieve the coveted national goals of ensuring opportunities for continuing education, employment and full social inclusion for all Saint Lucian citizens.

The Government of Saint Lucia will be engaging all relevant stakeholders regarding national implementation of the Treaty.