Jamaica to Host Conference of CARICOM Presidents and GGs 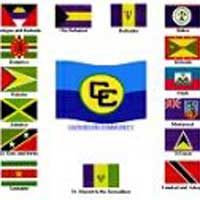 The Government of Jamaica will host the 14th annual Conference of Presidents and Governors-General of the Caribbean Community (CARICOM) from November 21- 24, 2011 at the Jamaica Pegasus Hotel, Kingston.

It will be held under the theme: ‘Building Together for the Future’.

Ten Heads of State from Antigua and Barbuda; Bahamas; Belize; the Commonwealth of Dominica; Grenada; St. Kitts and Nevis; St. Lucia; St. Vincent and the Grenadines; Trinidad and Tobago; and Jamaica are expected to attend.

Speaking in an interview with JIS News, Conference Co-ordinator, Lt. Colonel Oral Khan, said the four-day event will allow for the sharing of experiences and developments in the various territories.

“This is a forum when their Excellencies from across the Caribbean Community can get together and reflect on some common concerns. It is an opportunity for fellowship and they also look at some serious developments in the role of the office of the Governor-General or President,” he said.

He noted that in Jamaica’s case, the role of the Governor-General has expanded over the last decade and “there may be some lessons that can be shared with the rest of the region”.

The programme for the four-day Conference will include an official opening ceremony on Monday, November 21 at the Jamaica Pegasus Hotel followed by a number of working sessions involving persons drawn from the fields of politics, economics, and academia, among others.

They will speak on various topics such as: ‘Expanding the Role of the Office of the Governor-General’; ‘Initiatives of the Governor-General and their Impact on Nation Building’; ‘The Centrality of CXC to Educational Development and Change in the Region’; ‘Terms and Conditions of Service’; and ‘Matters of Protocol’.

Lt. Colonel Khan said that focus will be placed on young people, in keeping with the theme of the conference, with presentations on youth programmes being undertaken in Jamaica, while delegates will also discuss ‘Engagement Transformation and Empowerment of the Youth.’

During the conference the delegates will visit the UWI campus; the University of Technology (UTech); the Falmouth cruise ship pier in Trelawny, and its historic surroundings; the Bob Marley Museum and the Institute of Jamaica.

The conference will culminate with a dinner to be hosted by Their Excellencies on November 24.

This is the second time that the conference will be held in Jamaica. It was hosted previously under the chairmanship of former Governor-General, His Excellency the Most Hon. Sir Howard Cooke in 1998.