IS LOVE WITH MARRIED PEOPLE OFF LIMITS…? 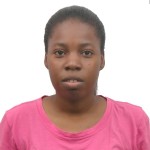 It is a reality that some people do fall out of love and also some persons get married for the wrong reason such as religion, family pressure, and money and so on.

And let us say that after they are married they fall in love with someone else or quite frankly with someone for the first time. Due to reasons beyond their control, it is impossible for them to be divorced from their marital partners.

How do we now classify their relationship with someone else outside of their marriage; even though their marriage is only on paper? 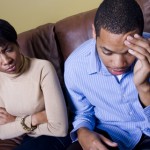 Visible effects of a bad marriage

Let me illustrate another scenario.  How do we treat someone who has literally escaped an abusive marriage and then finds a new partner?

And either the marital spouse refuses to concede to a divorce, the spouse is literally afraid to connect with his/her partner or he/she just does not know where the partner is.

What then, should we accuse the partner of having an illegitimate relationship; even though they do not have any control over their situation?

A marriage is a sacred oath taken between two people. However, in some circumstances that oath has to be broken if true happiness is to take place. What are your views…?