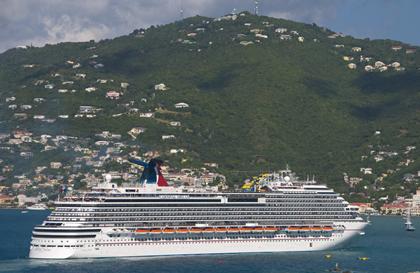 An FBI agent is on the way to St. Maarten today as part of an investigation into the death of a newborn baby on a Carnival cruise ship.

FBI Special Agent Dave Couvertier, a spokesman for the FBI Tampa Field Office, tells USA TODAY the agent will be collaborating with Dutch authorities on St. Maarten who have been involved in the investigation. The southern half of the island is part of the Kingdom of the Netherlands.

“The FBI continues to work closely with the Dutch authorities in St. Maarten who have been very helpful and supportive with this matter,” Couvertier says.

The dead baby was discovered in a passenger cabin aboard the 3,646-passenger Carnival Dream by a crew member on Wednesday, the day the ship docked in St. Maarten. Carnival reported the matter to Dutch authorities on the island, who took custody of the infant’s body.

Couvertier says the 20-year old mother of the baby, who initially had remained in St Maarten, returned to the United States late last night. The baby’s body remains in St. Maarten, he says.

“We are continuing to gather additional facts about what occurred during the cruise trip,” Couvertier says.

Citing an active case, the FBI is releasing little information about the unnamed mother involved in the incident, but Couvertier did say that she had been invited on the cruise to celebrate the birthday of a close girlfriend.

A local St. Maarten news outlet, sxmislandtime.com, is reporting that the mother of the dead baby allegedly told local investigators that she did not know she was pregnant, and the birth of a child came as a surprise to her.

The news outlet says an autopsy of the baby carried out in St. Maarten and information allegedly obtained by local authorities during an interview with the mother suggested the baby died after the Carnival Dream set sail from Florida on Oct. 8 but before the ship reached the island of St. Thomas on Oct. 11. The timeline suggests the baby had been dead anywhere from one to three days before it was found.

The Carnival Dream was on a seven-night cruise out of Port Canaveral that included port calls in St. Maarten, St. Thomas and Nassau in the Bahamas.

Caribbean Airlines shunned by US Embassy for safety concerns