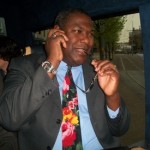 Last Tuesday marked a very cheerless revelation in the lives of citizens from the Caribbean Islands of St Vincent and the Grenadines and St Lucia.  Of all the days in the year, Canadian authorities chose midnight on the September 11th anniversary as the starting date for implementation of formal entry visa requirements into Canada, from these Islands.

In a speech at the Liberal party convention in 1968 the Prime Minister said, “Liberalism is the philosophy for our time, because it does not try to conserve every tradition of the past, because it does not apply to new problems the old doctrinaire solutions, because it is prepared to experiment and innovate and because it knows that the past is less important than the future.”  So what has changed?

During the 1960s there was mass emigration from the Caribbean islands to Canada and was encouraged by the liberal policies of the then government of Honourable Pierre Elliot Trudeau. At the turn of the new millennium immigrates were given the opportunity to attain citizenship.

Were these privileges accorded only to the most privileged and most educated?

For years the conservative Governments of Canada have been singling out Caribbean immigrants as scapegoats for policy changes – the newly imposed visa requirements being one such policy, the justification being the high numbers of immigrants involved in criminal activities and the rise in claims for asylum.  However they need reminding that the G20 riots in 2010, the Stanley Cup Finals riots in 2011 and the St Patrick’s Day riots earlier this year were not caused by Caribbean Immigrants  nor was 9/11. 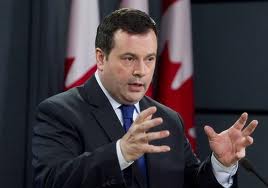 Recently the Immigration Minister Jason Kenney linked Caribbean Canadians to gun violence when he tweeted, “That’s why we’ve introduced Faster Removal of Foreign Criminals Act.” The cuts of CDA$53 million from settlement services fund and the annual visa quotas for sponsored parents and grandparents being reduced by 44% from 20,005 in 2005 to 11,200 in 2011,  clearly demonstrates that the tightening up of immigration policies were more intended towards the Caribbean nations.Where can the blame be laid? Who holds the burden of responsibility?

Could it be that as a result of closing the High Commission of the Organisation of Eastern Caribbean States in Ottawa, Canada which served both St. Lucia and St. Vincent and the Grenadines lost their diplomatic stripes and the respect of the Canadian government? Or is it that their reliance on their consulate offices, in Toronto, lacked the mandate to deal with diplomatic issues thereby placing them at the end of prejudicial anger?

The significance of implementing this new immigration policy on the anniversary of the worse terrorist attack on the western world should not be taken frivolously. These psychological linkages are similar to the Taliban linking their recent attack on Afghanistan to the anti-Islam film which in realty is an excuse for getting foreigners out of their country.

Haiti’s debt to France to be canceled

Barbados: The challenge of living with Devics Disease