Truth about feud between Marlon Samuels and Shane Warne

April 3, 2016: Samuels, after producing an outstandingly composed knock, retorted to him in kind.After receiving the Man of the Match Award, he fumed: “I woke up this morning with one thing on my mind. Shane Warne has been talking continuously and all I want to say is ‘this is for Shane Warne’. I answer with the bat, not the mic. I know about finals, when I come to finals, I turn up for the team.” It didn’t stop there. He took it to the press conference, where he wondered why Shane Warne doesn’t like him. “I don’t know why he hates me…maybe it’s because my face is real and his is not”. 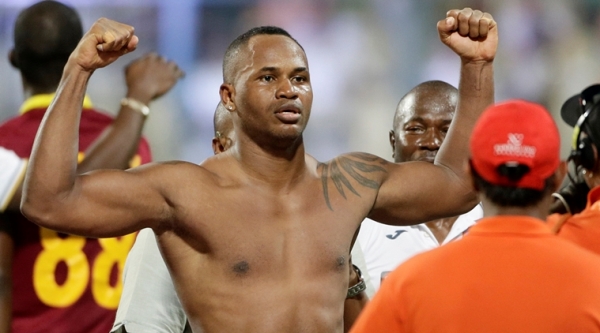 April 3, 2016: Shane Warne (whether he knew about Samuels’s jibe we know not), but praised him on twitter. “Congrats to both teams on an amazing final. Well done to the WI, well played Marlon & great hitting Brathwaite. Bring on some dancing haha!”. Article courtesy http://indianexpress.com