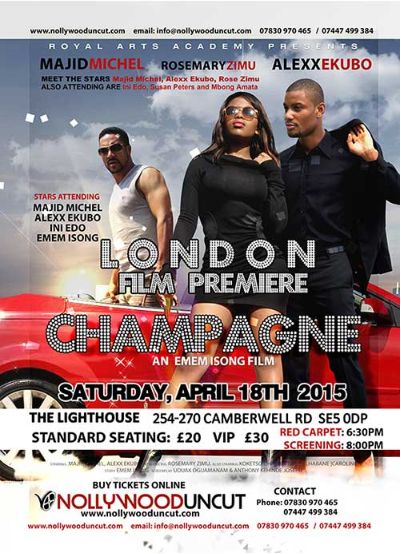 A young couple couple (Alex Ekubo & Rosemary Zimu) who are in an Open marriage, date unsuspecting people mainly for money and perks until they bite off more than they can chew when they meet the enigmatic Mr. Douglas (expertly played by Majid Michel). A romantic thriller, the movie keeps you guessing till the very end.Shot in the cities of Johannesburg, South Africa and Houston Texas, U.S.A, ‘Champagne’ also stars Tana Adelana, Mbong Amata, Susan Peters, Padita Agu & Anita Chris. It was produced and directed by Emem Isong.

Barbados to be new hub for LIAT

It’s all down to money