Producer, Director and Writer JD Douglas paid a courtesy call on Helen Grant MP. He was invited to meet the Member for Maidstone and Weald to update her on his Black History Month events in Kent. He recently staged the world premiere of Black Heroes of Kent at Midkent College, to critical acclaim. The show elicited the following tweet from Joseph Marcell “An excellent addition to Black History Month Celebrations,”

He was then asked to present his interactive lecture, The Colonies Contribution to World War One, at Chatham Historic Dock Yard. The lecture was originally commissioned and delivered at the British House of Commons in October 2014. The lecture was supported by an exhibition of four Black Professors across Kent Universities.

Helen Grant was elected Conservative MP for Maidstone and the Weald in 2010. A qualified solicitor her ground-breaking achievement include the accolade of being the first black woman to be selected for a conservative held Parliamentary seat; and the first elected Black Woman Conservative MP. 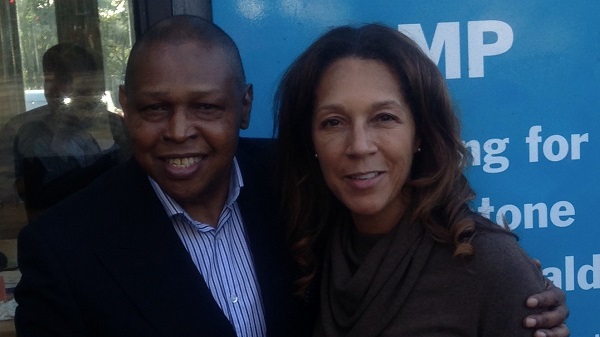 Douglas who has been staging a series of events in Kent during Black History Month, said Helen Grant is very busy, with a full diary. “ I was most humbled that she took time out to find out what I was up to in Kent during Black History Month. We spoke about Black Heroes of Kent. (A prior engagement meant the MP was unable to attend in person) I pointed out that her considerable achievements to date merit inclusion in the production.”

Asked further of his impression after the meeting, he added “She understands the issues and is a high flyer, very accomplished, poised and most professional.  When you look at what she has achieved she is an inspiration not just for the minority community but the whole country. Of course there will be follow up communication and I want to publicly thank Helen Grant for her time”.

Africa to receive aid to deal with migrant crisis

What are Black people afraid of?