In Africa News. This is how you go about disgracing me an honorable gentleman

Being married to two wives with a meager salary is not what he bargained for in life, so he seizes every opportunity to shy away from his marital responsibilities. This however does not prevent him from indulging in an extra marital affair. Bent on impressing his newly found love, he takes a step to far and lands himself in a mess.

Can he wriggle out of this disaster?

Give yourself a time out of work duties and watch Visa Lottery produced from the stables of Royal Arts Academy. This rib cracking movie starring some of Nigeria’s funniest actors will keep you laughing from the beginning to the end. Ime Bishop Umoh and Chioma Chukwuka Akpotha spiced up this movie with a touch of their local dialect.

An irresponsible man with two wives refuses to take responsibility of his home rather prefers to spend his money outside with other women, finds himself in a big soup the day he decides to steal his boss’s money. 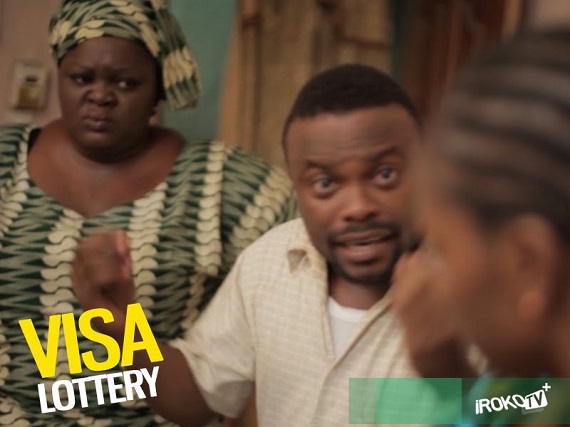 Get into the weekend now, seat back and watch all movies on iROKOtv PLUS, not only are they exciting but also the latest and best of its kind. Remember all movies and Tv Series on iROKOtv is FREE