From Queens to Queans: Fall of the African Woman: Part lII 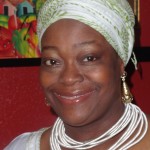 Community news. Today, in popular culture the media portrayal of women of African descent, sees them typecast as sexually deviant and immoral (the label they were given by white men to justify their rape of African women).

First starting with white culture and now African-American culture, all are promoting the African American woman in a negative manner.

Another factor in the descent of the African woman, particularly in the Caribbean is the Jamaican Dancehall culture with its promotion of “slackness,” a term used in the Caribbean to denote something vulgar or indecent.

Exponents of Dancehall argue that it is harmless fun, while others found it degrading. Jamaican Head teacher, Ester Tyson wrote in The Voice newspaper in 2008, ‘…the images portrayed in the music videos all promote women as sex machines.

These women represent themselves merely as objects of sex as is made clear by how they dress and by the sex-simulating gyrations they indulge in, which are termed “dancing”, with bottoms bouncing and going round like gigs and pelvic thrusts emphasising their genital areas.’

Dancehall produced women who exemplified sexual aggression, and who did not conform to the traditional and accepted standards of female behaviour. However, in so doing, the Dancehall queen reinforces the stereotypical image of the African women’s hyper-sexuality.

Other women made a correlation between the explicit lyrics and sexually suggestive dance with sexual, physical and verbal abuse. They claimed that the musical lyrics and performance of Dancehall queens objectified women and desensitised men to caring relationships. In turn, such, desensitization made it easier to commit acts of violence against women and to exercise power and dominance over their bodies. 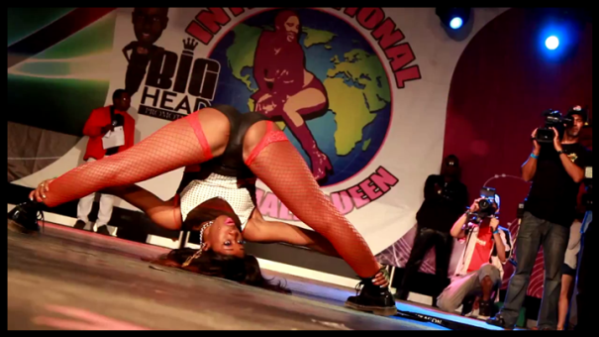 A group of young men articulated the situation this way: ‘Because some women have no qualms about promoting themselves sexually, it is easy to give them the attention that they are craving.

Men flock around such women, buying drinks or complementing them on their dance moves or [un]dress, hoping for a sexual encounter for their flattery. This has been going on for a long time without condemnation in the black community because the media has told us, and we tell ourselves that this is a “black thing”, our thing.

We glorify such things because it has become acceptable. However, the moment Miley Cyrus, a white girl with affluence over other white girls, publicly displays this kind of dance the white media is stunned.’

British actor, David Jason, labelled Cyrus, a symbol of declining moral standards. ‘Miley Cyrus epitomises what we have allowed,’ he told The Sun on Sunday.

‘She has done it to break the mould. I can understand why, but we have given her the oxygen of publicity and encouraged it, so young girls will think it is the right way to attract men.

We’ve lost our standards. It slowly drip feeds, erodes standards of politeness, manners and morality…it just drips and it takes us further and further down, and instead of inspiring us to look up, we are all going down.’ Click here for Part II. Dancehall in motion below.

Diaspora News In Brief II (What Dance Can Do…)