CARICOM sends condolences on the passing of Dr Simeon Daniel

Basseterre, St. Kitts, June 05, 2012 (SKNIS): The Caribbean Community (CARICOM) Secretariat has extended condolences to the citizens of St. Kitts and Nevis on the passing of the Honourable Dr. Simeon Daniel, the first Premier of Nevis who died on Sunday, May 27, 2012.

The Secretary General of the Caribbean Community (CARICOM), Ambassador Irwin LaRoque  said in a letter received by the Ministry of Foreign Affairs, that he extends heartfelt condolences on behalf of the Caribbean Community  to the Government and people of St Kitts and Nevis, and in particular to the family and friends of Dr. Daniel as they go through this period of mourning. 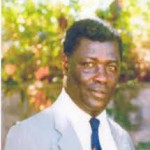 Ambassador LaRoque, further stated that Dr. Daniel was among the Federation’s Founding Fathers and will be remembered for his integral role in framing the Independence Constitution of St. Kitts and Nevis and his service as Minister of Finance and Nevis Affairs in the Federal Government. 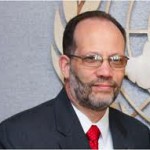 Ambassador LaRoque,  said,  Dr. Daniel provided a lifelong example of duty and service, and has left an indelible mark on the daily lives of fellow Nevisians and the nation of St Kitts and Nevis.

After an official funeral at the St. Thomas Anglican Church, Dr. Daniel was laid to rest yesterday (Tuesday) at the Church Cemetery.

Caribbean Export does it again in Havana