A non-European head of IMF unlikely 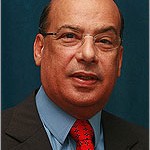 Despite calls for the next managing director of the International Monetary Fund (IMF) to come from a developing country, it is most unlikely to happen. At least for the next term, the European countries look set to maintain the stranglehold they have had on the post since the IMF was formed sixty-seven years ago.

The need for a managing director to be appointed has come about because of the resignation of the incumbent, Dominque Strauss-Kahn of France, following charges in New York arising from allegations of sexual assault.

Representatives of many developing countries have used the opportunity to call publicly for a new managing director to come from either Asia (meaning China or India) or Africa (meaning South Africa). They have been encouraged to do this by the April 2009 communiqué of the G20 countries in which the world’s major economies agreed that “the heads and senior leadership of the international financial institutions should be appointed through an open, transparent and merit-based” process. 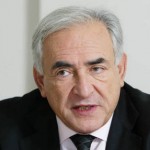 But, words are easier to write on paper than to turn into action, particularly when they reflect only an aspiration and don’t set a time line for achieving the implied outcome.

Since 1944, when 43 countries established the so-called “Bretton Woods” institutions – the IMF and the World Bank – there has been an understanding between the European countries and the United States that the head of the IMF would be appointed by the major European nations, and the World Bank head would come from the US. This arrangement has been unshakeable since then, despite more recent protestations by other countries – particularly large developing nations.

However, decision-making power in the IMF, like the World Bank, rests with the countries that make the largest contribution to the organisation and, therefore, have the largest bloc of voting rights. The country with the largest voting rights is the United States whose share of the total is 16.80 per cent. The next largest share would go the European countries acting together. For example, France, Germany, Italy, Netherlands, Spain and the United Kingdom collectively account for 22.03 percent of the voting rights.

It can be taken as given that the 27 member countries of the European Union (EU) would vote collectively on this matter pushing their cumulative vote to well over a quarter of the total – an almost unbeatable amount given the disunity that exists among other countries. 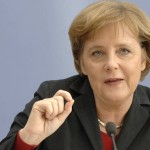 The German Chancellor, Angela Merkel, has made it clear that she wants Europe to retain the post and Christine Lagarde, France’s finance minister, has so far emerged as the frontrunner. In the circumstances of the current EU-IMF bail-out programme for the weak peripheral members of the Euro, Greece, Eire, Portugal and prospectively Spain and Italy, European leaders will not accept any change at the IMF that will imperil the Euro rescue package.

Once the EU is determined to hold on to the post, the US government will not oppose them. The US would have to calculate that if it abandons Europe on the headship of the IMF, Europe would see no necessity to support the US for the top post at the World Bank. Given the fractious nature of the relationship between US President Barack Obama and the Republican Party in the US Congress, losing the World Bank post would be adding fuel to an already raging fire – something President Obama would be reluctant to do over a non-domestic issue.

The coalition of interests between the US and Europe would give them more than 40 percent of the voting rights at the IMF. If Canada (2.57 percent) and Japan (6.28 percent) – their traditional allies in the G7 and in the Organisation for Economic Cooperation and Development (OECD) support them, the matter would be conclusively closed since it would be virtually impossible to secure a majority 51 per cent vote from the remaining countries who have shown little unity on other international issues.

Even if the BRICS countries – Brazil, Russia, India, China and South Africa – were to act together, they would muster only 11.06 per cent of the voting rights between them.

The bottom line is that the IMF’s 24-member executive board votes to fill the top post, and the G7 retain a majority on the board.

In any event, what is required is fundamental reform of the governance of the IMF, and such reform must include huge changes in the quota and voting shares among member countries. This is unlikely to happen now particularly in a situation in which both the US dollar and the Euro are under strain and the governments are anxious to do nothing that would further rattle them.

Last November, the Executive Board of the IMF did agree to realignment of quota shares among members, shifting more than 6 percent to emerging market and developing countries and more than 6 percent from over-represented to under-represented countries. But, completion of this agreement is a lengthy process including, in many countries, parliamentary approval. The procedure is not expected to be complete until November 2012.

In reality, the 6 percent shift is insufficient to bring about the depth of reform that would make the IMF not only a supervisor of international financial stability, but also more responsive to the social and economic needs of developing counties and less a guardian of the narrow interests of a few large developed member states and their financial institutions.

Developing countries have to push for major reform of the IMF. Securing the headship of the IMF, while helpful, will not change the structures, the guiding ideology, or the decision-making machinery that now defines the organisation. And, it is those changes that are needed, or any Head, wherever he or she might come from, will become a captive of the existing system unable to do anything more than the big voting blocs allow.

None of this is to argue that developing countries should not continue, as part of their campaign for reform, to agitate for an end to the present arrangement for appointing the IMF head. It is time that the world’s interests are superintended in a more representative and fair manner, but unity of purpose is vital if the many countries are to achieve change. But there is no evident unity and no obvious large group willing to advance it.

International Day of the Girl Child 2014

Globalism and the new class system