Why no Commonwealth response to Caribbean islands disaster

Caribbean news. In the face of the disaster that hit Dominica, St Lucia and St Vincent and the Grenadines over the Christmas holidays, a respected and popular British news commentator, Jon Snow, has taken up cudgels on their behalf in his blog on Britain’s Channel 4 television.

Snow was holidaying on a nearby island – where, coincidentally, one of the Ministers in Britain’s Department for International Development, Alan Duncan, was also on vacation.

The two agreed to travel to St Vincent to see the damage that, judging from the underlying distress in his writing, affected Snow deeply.

Apart from graphically describing the wretched conditions he saw on St Vincent, Snow made two statements of particular interest.  Speaking primarily to a UK audience, he said: “Not many of us any longer know or care much about the Commonwealth, until a conference or scandal hits the news.

But the latest devastating storm in the Caribbean island of Saint Vincent and the Grenadines poses a question – what is this ‘family’ of former British colonies doing to help?”.

Recognising terrible conditions and the urgency to give relief to suffering people and to resume the Island’s commercial life, Snow also said: “What is really needed here are immediate technicians – forestry experts, bridge builders, people who understand water courses, so that a fast evaluation can be made as to what is needed and how far St Vincent can be protected against another such deluge. 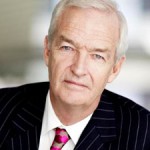 Norway, Germany, Canada, all have such experts as do we. The Prime Minister (Dr Ralph Gonsalves) tells me 50 of them would make a massive immediate difference to sorting out this crisis”.

What is remarkable about Snow’s two observations is that two years before the disaster in St Vincent, St Lucia and Dominica, an Eminent Persons Group (EPG) of which I was a member, fearing the sort of disaster that has damaged these islands, recommended to the Heads of Government at their Meeting in Australia that the Commonwealth should set up a “rapid response team” to give assistance including “logistics, public health, food security, transportation, emergency medical care, engineering and design immediately after a national disaster”.

This particular idea of a “rapid response team” came from the Canadian member of the EPG, Senator Hugh Segal, as part of the Group’s study of the effects of Climate Change particularly on Commonwealth Small Island States.

In our report to Commonwealth leaders entitled, A commonwealth of the People: Time for Urgent Reform, we devoted a large section to “Climate Change and Existential Threats” calling them “immediate Commonwealth concerns”.

Regrettably, this is one of the recommendations that received scant attention at the 2011 Commonwealth Summit and by subsequent meetings of Foreign Ministers and officials.  Had the recommendation been implemented, St Vincent, St Lucia and Dominica would have had experts on the ground within a week helping to restore the country to a semblance of normalcy.

In their defence, none of the Prime Ministers of the three affected islands attended the Commonwealth Summit in Australia in 2011 (although St Lucia and St Vincent and the Grenadines did have official representation) and they carry no personal responsibility for the non-implementation of the recommendation.  Heads of Government and Ministers of other Caribbean countries, with the exception of Jamaica, were at the Australia meeting but did not raise their voices in support of the recommendation.

The relevant sub-section of the EPG report that we headlined, “Build a Commonwealth disaster management capacity”, reads as follows:

“Natural disasters now plague the world and no country is immune from them. In recent years the member states of the Commonwealth – both large and small – have had a share of natural disasters resulting in great loss of life and damage to their economies. 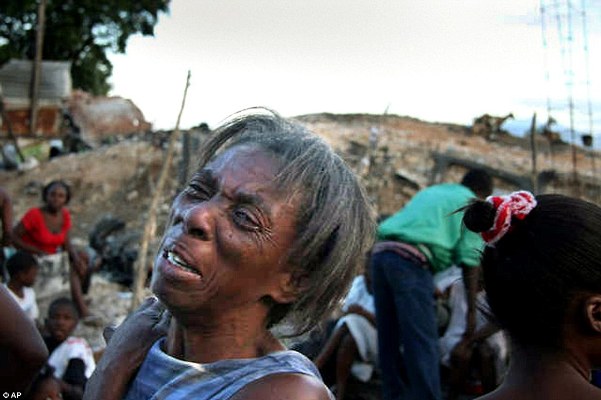 We recognise that there are now many mechanisms in place for assisting countries that suffer natural disasters. The Commonwealth should not attempt to replicate these in any way.

However, we feel that there is now such a large body of skills and experience in Commonwealth countries for dealing with natural disasters that modest machinery could be established beneficially for a rapid Commonwealth response to requests for assistance from member states.

Commonwealth Finance Ministers in the past have given their encouragement to natural disaster insurance. There may also be a role for the Commonwealth in disaster preparation and mitigation.

For example, Australia has developed a National Partnership Agreement on Natural Disaster Resilience. It may be possible, drawing upon this initiative, to provide guidance to other countries on best practices, particularly in areas of animal husbandry, water and forest management, so as to mitigate the effects of possible disasters.

This should include maintaining a roster of professionals upon whom it could call to provide: (i) a rapid response to a member state that requests the help of experienced personnel after a disaster; and (ii) training and guidance in disaster preparation and mitigation”.

The World Bank, the International Monetary Fund and the Caribbean Development Bank have programmes in place to give loans to countries where disasters occur.  The problem is that except for small sums, approval and disbursement of any substantial funds take longer than six months during which time suffering continues and disruption reigns worsening an already bad situation.

Rapid response does come from the Caribbean Disaster Emergency Management Agency but its resources are not large enough to cope with issues in three countries simultaneously.

The hope in the midst of all this bad news is that the EPG recommendation, which is still before the Commonwealth, will now be taken up with vigour by small countries for swift implementation.  Disasters will surely occur again.

(The writer is a Consultant, Senior Fellow at London University and former Caribbean Diplomat)

Appreciate Life: It’s The Simple Things That Make It Worthwhile….