Apart from the law relating to marijuana, the Caribbean is under the sphere of influence of the United States of America, whose war on drugs encompasses the entire region.   In fact, the eradication exercises they perform throughout the region are extremely intrusive when considering a country’s status as a sovereign nation.

CARICOM is at the mercy of their actions and are caught up in their private war.   Consider this, how much cannabis from CARICOM member states is sold in America?

The fact is, there are twenty states in the U.S.A. where cannabis can be purchased for medicinal use over the counter, and California is attempting to legalize small amounts for recreational use in an attempt to make money off of taxing sales.

How can it be that the very same country that is fighting their war on drugs in CARICOM member countries, is about to legalize marijuana at the same time?

Laws need to be changed to accommodate changes in social habits, customs and behavior.   Things that were tolerated yesterday are no longer tolerated today and vice versa.   Therefore, one of the laws that needs to be changed is the law relating to marijuana.

Introduced to the Caribbean by indentured labourers from India during the late eighteen hundreds and made popular by the Rastafarian movement in the sixties, the use of marijuana was a novelty activity enjoyed only by a select few.   After nearly five decades of indulgence with the plant, the ganja culture has grown into a micro-culture that encompasses all sectors of society.

Enjoyed by doctors, lawyers, magistrates, politicians, policemen, businessmen and women, mothers and fathers, sports persons, musicians and artists, the perception that ganja is the ‘devil weed’ that the system made it out to be, no longer holds true among the majority of Caribbean people. Nearly everyone in the Caribbean knows someone that uses marijuana or is related to someone that uses marijuana and can now make a rational observation when judging its effects on our society.

Marijuana use is so prevalent in CARICOM member states that it can be easily obtained in every community. There are well-organized networks of people from the planter to the wholesaler to the retailer that make marijuana extremely accessible.   Many vendors in countless locations sell rolling papers, pipes and black tobacco openly.   Everyone in their respective communities knows where and who is selling marijuana.

It is fair to say that there is a very active ganja culture alive and thriving in CARICOM member states.   It is also very important to note that when compared to other CARICOM states, the police’s attitude toward marijuana in Saint Lucia, St. Vincent and the Grenadines, and Jamaica is more lenient.

Testimony to this could be observed at any reggae concert or at any activity on any local field throughout these countries, where marijuana is consumed openly in plain view of the police.   Many prominent citizens have applauded the stance that many of the police officers take as they have realized that they will get more co-operation from the public if there is mutual respect.

The reality of the situation is such because persons are living under financial stress, many turn to many things to try to alleviate that stress, use of drugs – illegal as well as legal. These include pharmaceutical, alcohol, and marijuana. Religion is also turned to for relief.

It seems to help ease the pain of poverty and it gives many people the strength to deal with the problems they face in their struggle to obtain the necessities of daily life.   People are able to deal with the rigors of everyday life and with little side effects; these people can put their noses to the grindstone once again and face another day.   Strict cannabis laws will do nothing to make the situation any better.   Like alcohol, cannabis is intertwined with everyday life in CARICOM member states, and should be treated in the same manner at least. The truth is that the culture is growing and will be there for a very long time to come. The law must reflect acceptance of this fact. 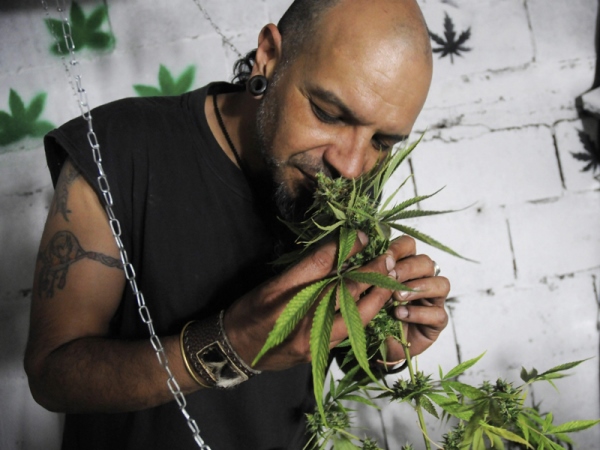 It is necessary to put the alcohol culture into perspective as persons must seek to understand the situation concerning the double standards, biased judgments, and hypocritical stances taken by society and the system.   In CARICOM member states, alcohol is the most popular recreational drug and is an integral part of everyday lives.

People use it before work, after work, at birthday parties, weddings, funerals, graduations, christenings, and all other celebrations. A thriving alcohol culture exists throughout CARICOM member states where one can purchase alcohol in any variety of locations from large supermarket chains to the multitude of rum shops that run throughout the length and breadth of each island. Carnival and Christmas represent two festive seasons where alcohol is purchased in record amounts.

The Caribbean is a place where alcoholism is worn like a badge and drunkard behavior is tolerated and even encouraged.   Our very history is married to the rum culture, where for nearly two hundred years black people slaved in sugar cane plantations so that rum could be distilled for the colonialists and where now, sexual images are used to promote alcohol consumption.

Imagine that black people actually use sexual images to promote the very drug that kept their ancestors in slavery for two hundred years.   It seems incomprehensible, but those are the facts.

Have CARICOM leaders ever considered the loss of productivity in the work place due to hangovers?

Many now consider alcohol a drug, one of the most dangerous and deadly of all drugs; more dangerous than crack and heroin. It has caused death and destruction throughout history. When introduced to the American Indian, the Eskimo and the Australian aborigine, alcohol totally destroyed those proud and ancient civilizations. No other drug can claim such distinction.

It is one of the hardest of all hard drugs, causing destructive negative consequences.   In a number of CARICOM member states, the largest producer of alcohol is rewarded with prizes, awards and accolades and is highly regarded by the business community and the society in general as being very successful.

Yet a person can be incarcerated for the possession of EC$5.00 worth of ‘flowers’ weed; a classic case of double standards which makes the disenfranchised youth rebel against the system even more.

So hence the question, which must be considered: Which substance is more dangerous?   A substance that can kill a human, or one that cannot kill a human, only if taken in excessive quantities?   How can CARICOM leaders totally disregard the alcohol culture and it’s dangers and at the same time support the draconian measures used when dealing with marijuana matters?

Many CARICOM citizens are completely ignorant of the significant financial boost the decriminalization of marijuana already adds to the economy. This is money that circulates among the lower classes, the under-educated, the ghetto youth and the underprivileged.

These are the individuals who have not been afforded the means to provide themselves the opportunity to land a job that would be able to satisfy their everyday needs. The marijuana industry is one way for these people to provide these financial needs; from the farmer to the retailer and all the other go-betweens.   This is a hidden economy, meaning that it exists under the radar of Government, but contributes significantly to the alleviation of poverty among the poor people of all CARICOM member states.

This is not a trickle down economic model like tourism where the hotel owners and big players get the money first and then it works its way down to the bartender, maintenance workers, taxi drivers and chambermaids, but it is a filter up economic model like any agricultural based model.

It is where the poor masses get access to the monies associated with the marijuana trade first and then spend it in the traditional parts of the retail and service sectors.

For example, the monies raised by the marijuana industry are used to purchase food, shelter, and clothing in all the business houses throughout the country, as well as pay for utilities and services.

Therefore, the money ends up permeating the entire economic system with everyone benefitting.   Apart from that, money generated from the marijuana industry is money that stays in the country as opposed to tourism dollars where a large percentage of it ends up in the overseas accounts of the shareholders.

Reality is that there are just not enough legitimate jobs out there to employ everyone, and if there is indeed an industry that contributes so significantly, then why try to destroy it?   CARICOM leaders must consider that if EC$ 40,000,000.00 were removed from the cash flow of each CARICOM member state economy every year, there would be much more violent criminal activity taking place today.

By decriminalizing marijuana, CARICOM member Governments would be able to generate revenues by taxing parts of the sector as suggested by the State of California in the U.S.A.

Here are some of the calculations suggested.

Additionally there is vast potential monetary earnings which could be generated by marijuana tourism.   It is difficult to calculate as so many parts of the tourism sector that could be affected, from increased occupancy rates in hotels to increased incomes realized by people in the marijuana industry.

If the U.S. State of California can make a proposition like that, then what prevents CARICOM member Governments from agreeing to a similar plan?

Since tourism is the main foreign income earner and competition is strong among CARICOM island destinations, marijuana tourism can give the islands that much needed competitive edge in the market.   This is not a revolutionary idea, as for almost two decades, Amsterdam in Holland has been involved in marijuana tourism in the form of coffee shop or marijuana café establishments where patrons can purchase and use cannabis legally within the confines of the building.   There are about 300 coffee shops in Amsterdam, which generate almost half a billion US dollars worth of business annually.

At present, the US is beginning to capitalize on their lenient treatment of marijuana offences in many states; making marijuana is the leading cash crop in California and is in the top five leading cash crops in several states, generating billions of dollars for the US economy.

Andre de Caires has been involved in the research of marijuana for over twenty years, is an agriculturist with decades of experience, and in 1988 presented the Industrial Hemp Initiative to the Government of Saint Lucia.

Robertson S. Henry a Saint Lucian sports journalist/photographer has received many awards, one of them being from the International Olympic Committee in 2005. He is also a Founding Member of the Drugfree Club Movement in Saint Lucia in 1988.

Green And Renewable: The new buzz words for the British Virgin Islands

Mind your own business…!

Corona and the exposure of horrific leadership