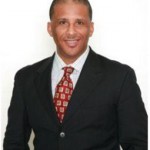 Knock, knock! The musical chairs in central government and the deficit are too high, – agreed! And are there major efforts to reduce the deficit using the right formulation of sensible and result oriented solutions?

Not at all! Okay then, what type of solution is available?
Well, let’s say in simple terms, it’s a classic case of Robin-Hood, with a replica purse at the ready.

Yep!! The truth has been told. It is a grand illusion of helping the poor, – but in reality is an expansion of government recurrent expenditure and adopting approaches that will never address the root causes of poverty in Saint Lucia.

“The OECS Monetary Council has advised that Governments should aim to incur overall deficits of not more that 3% of GDP. At 7.6% of GDP in 2011/2012, the overall fiscal deficit for Saint Lucia is more the twice the recommended level.

We cannot continue like this. Corrective measures need to be taken to place the deficit within sustainable bounds.” (Source Budget Statement, 2012 Section 4.1 curing the deficit.)

Say what you may, Saint Lucia is technically under the dictate of the International Monetary Fund (IMF). They are the deciders of financial health.

But guess what, the IMF is yet to realize that it is dealing with a system of governance in Saint Lucia that is more tiled towards politics than it is to fiscal prudence, and that does not leave any room for curing the massive deficit that has been amassed and continue to compound daily.

The measures reflected to date by the government would make the argument for a tongue- in-cheek policy, which in reality isn’t concerned too much about any deficit. And in any event, this is a discussion that will continue for some time without a serious approach. I guarantee that!

But in so doing, shouldn’t any sensible government be concerned about making the necessary adjustment to avoid going broke? How about an improvement in the management of recurrent expenditure, on ministerial spending,  and an end to the era of stimulus packages that will not create critical mass to aggressively benefit the populist – but political loyalist? 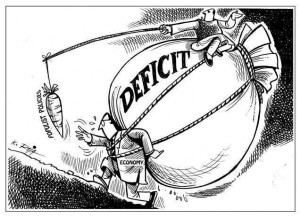 Isn’t it important to seek savings by reducing the food import bill and to create a better balance in agriculture, manufacturing and the services sector (financial, travel and tourism); facilitate knowledge transfer, high-tech equipment, software and advanced technology the world enjoys to create a framework for people to be competitive and to succeed?

Accordingly, the restructuring of WASCO into a public-private sector entity is way past due, deregulate the energy sector LUCELEC, (towards green energy),  improve the collection of hotel accommodation tax (HAT), property tax and now VAT, reduce taxpayers’ burden on activities like Jazz and Carnival (which should be independent revenue centres rather than cost centers to the public purse), a balanced approach in the role of government in the economy, and to lower taxes on personal income and businesses are open, transparent, and sensible measures that will yield high economic returns for the country.

The job at hand is to achieve social and economic results through good governance. And that means it is time to fix the finances of the country, raise consumer confidence, keep interest rates low, keep commodity prices stable to satisfy consumers in a sound economy that will not only create new avenues of employment but protect existing jobs.

Undoubtedly, the challenge is for the development of new skill levels, and to create new jobs that would generate new revenue streams and disposable income to help cushion inflation and consumer indebtedness.

For now, data continues to reinforce government’s extreme vulnerability and the need to improve on revenue; but while this deliberation continues, the chance to improve salaries, wages, living conditions and to cut the deficit, remains the biggest elephant in the way of Saint Lucia advancing to a stage of prosperity and profitability.

Moreover, given the global contraction, government has a similar responsibility to exercise cost control measures. The private sector and citizens cannot continue to be at risk all the time, while ministers of  government and their cronies get a free ride to live large, while  holding citizens at ransom and being forced to pay. How is that fair?

At the moment, Saint Lucia has overextended its ability to meet recurrent expenditure and loan repayments, and what compounds this situation even more, is the government’s inability to collect revenue in an efficient and timely manner.

And talk about the implementation of value added tax (VAT).  Already they are in and over their heads with this one.

This state of affairs must change, and government must be brought to know its revenue and expenditure limitations, tighten process cycles, revenue recovery and to improve the quality of decision making.

Clearly, trouble signs loom globally and more so locally. As such, the deficit is a balancing act that requires concentration from stable minds and steady hands, not policy crafted on shifting sand and political dictates. 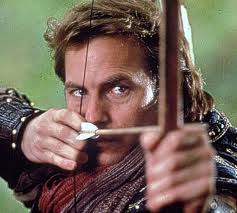 But, while economists can’t always tell with some degree of certainty, the outlook is weighing heavy towards slow growth, and so not even value added tax (VAT), given the level of debt and recurrent expenditure per capita, will fill Robin Hood’s red purse.

The people are fatigued; the country is drowning in red ink and under the dictate of the ministry of finance and the IMF.

Meanwhile, big government is a burden on the people with Robin Hood’s replica red purse, open and empty.

This is why, Saint Lucians must take greater control of its finances as many nations are stumbling or on the threshold of falling over – – it is not rocket science.

And just a reminder, October 21st wss the first remittance date of VAT revenue to the government of Saint Lucia. Ouch!
What’s more, it was a classic October surprise.
Trick or Treat! I hope you had a Happy Halloween!

Montserrat’s Alliouagana Festival of the Word in focus for December

Wii: Great Games to Get Going!