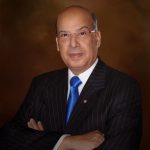 “It is tantamount to an economic blockade”.   That’s how Antigua and Barbuda’s Prime Minister, Gaston Browne, described the current withdrawal from Caribbean indigenous and offshore banks of correspondent relationships by US banks.  His sentiments were echoed by Deane Barrow and Freundel Stuart, the Prime Ministers of Belize and Barbados respectively.

The withdrawal of correspondent banking relations is the immediate cause for these strong observations made by the Prime Ministers, with the endorsement of all Heads of Government of the Caribbean Community (CARICOM), but it is not the only reason.

The region’s financial services sector has been threatened since the mid 1990’s when the powerful nations of the Organisation for Economic Co-operation and Development (OECD) introduced its so-called ‘harmful tax competition initiative (HTCI)’.  The HTCI was premised on the erroneous belief that companies and persons, domiciled in some of the OECD countries, were stashing hundreds of millions of taxable money in small jurisdictions in the Caribbean, Pacific and the Indian Ocean where there was either low or no taxation.

Caribbean countries, particularly Antigua and Barbuda and Barbados, were in the forefront of the resistance to the stance of the majority of the OECD countries which had no basis in international law and could only be implemented by bullying.   Fortunately in this struggle, OECD member countries – Luxembourg, Austria particularly – had a vested interest in giving Caribbean jurisdictions tacit support.

The HTCI was held off for a time.  But then 9/11 came along – the terrorist atrocities at the twin towers in New York and Washington.  International concern at this both terrible and foolish act validated US action in pushing the OECD to create a sister organisation – the Financial Action Task Force (FATF) – which created so-called “recommendations”  to be implemented by jurisdictions worldwide to combat money laundering and counter terrorism financing. 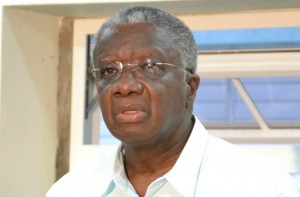 As for money laundering, amid all the stiff regulatory and supervisory measures that have been enforced globally, there have been very few cases of money laundering in Caribbean jurisdictions, and where they have occurred the volume has been tiny in relation to the size in North America and Europe.  Indeed, the sum of assets and transactions in Caribbean financial institutions are such a small portion of the global total as to pose no threat to the world’s financial system.

Nonetheless, Caribbean jurisdictions have been studious in strenuously implementing all of the rules of the FATF and the OECD’s Global Forum on tax matters.  At great cost, expensive machinery, including technological software, has been established and enforced.  Further, they have been rigorously monitored for implementation amid ever-changing rules that demand onerous investment.  In the monitoring, they have been found to be compliant and, where some have been found to be deficient, they have worked against the odds to conform.

Beyond all this, Caribbean jurisdictions have signed Tax Information Agreements with the majority of countries in North America and the European Union.  These countries have automatic access to financial information in the Caribbean concerning their national companies or persons who they have cause to believe are evading tax.  In other words, Caribbean jurisdictions are fully co-operative in ensuring that they are not used for tax evasion.  What is more, Caribbean banks now routinely advise the US authorities of accounts held by US persons and companies.  Caribbean jurisdictions have also agreed to implement the US Foreign Account Tax Compliance Act (FATCA) which strengthens reporting on US persons and companies to the US Internal Revenue Service.

Despite all this, the Caribbean region has been designated a “high risk” area for financial services.  This designation has resulted in US regulatory bodies instituting high penalties on their banks however small unintended infractions might be.   Consequently, banks spooked by the regulatory dictates, have determined that the relatively small amount of money earned from correspondent relations with Caribbean banks is not worth the risk.

And therein lies the contradiction.   The US correspondent banks, which know the volume and worth of transactions they handle for Caribbean banks, have concluded that the rewards are too small for them to risk continuing to provide services.  So, if the US banks have determined that transactions from all Caribbean banks are so inconsequential, how valid is the allegation that the region is “high risk”?   As Professor Avinash Persaud rightly affirms, “the risk that the rest of the world is running away from is a phantom”.  “The empirical evidence” as he says, “is that money launderers seek to hide their illicit earnings in large financial places like London, New York and Zurich”.

The Caribbean is a scapegoat for those in Europe and US who continue, conveniently, to brand the Caribbean as the home of tax evaders, money launders and terrorism financiers.  Why?  Because the region is perceived as small and weak.  It can be picked-off first, laying a precedent for action against bigger countries that are more worrying competitors.

It is not as if the authorities don’t know that their allegations about the Caribbean are untrue or that their own jurisdictions are non-compliant with OECD and FATF requirements.   For instance, Bloomberg Business recently reported Andrew Penney, a managing director at Rothschild & Co as revealing that “after years of lambasting other countries for helping rich Americans hide their money offshore, the U.S. is emerging as a leading tax and secrecy haven for rich foreigners.  By resisting new global disclosure standards, the U.S. is creating a hot new market, becoming the go-to place to stash foreign wealth.  Everyone from London lawyers to Swiss trust companies is getting in on the act, helping the world’s rich move accounts from places like the Bahamas and the British Virgin Islands to Nevada, Wyoming, and South Dakota”.

Caribbean countries are right to resist vigorously the grave and unfair threat to their economies while the real tax havens hide… and benefit.

(The writer is Antigua and Barbuda’s Ambassador to the United States, Senior Fellow at the Institute of Commonwealth Studies, London University and Massey College, Toronto University.  The view expressed are his own)

Jamaican rum punch is a knockout at Great Taste 2014