US reveals drug fighting plans in the Caribbean

Caribbean news. WASHINGTON, (CMC) – The United States has unveiled a new plan to fight drug trafficking in the Caribbean. 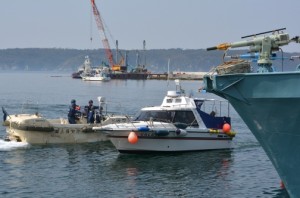 The plan, which includes the US overseas territories of Puerto Rico and the US Virgin Islands, comes amid concerns that the flow of cocaine from the Caribbean to the United States has more than doubled in the past three years.

The Tampa Bay Times newspaper reported Saturday it is the first US federal plan of its kind that outlines the steps US authorities are taking and will take to crack down on drug trafficking specifically in both US territories.

According to the plan, about 100 tons of cocaine passed through the Caribbean in 2013, far above the 42 tons of 2011. Article courtesy http://www.inewsguyana.com

Jamaican activist calling for ban on oral sex with animals