The first dreadlocked beauty queen to compete in the Miss World competition, happening in China this December, takes a battle-axe to the Caucasian beauty standard with a head of hair that rejects your combs and carries the weight of a defiant past.

Born to a single mother in one of the toughest hoods in Kingston, Jamaica, and adopted at age 9 by a Good Samaritan she calls father, Sanneta Myrie, a 24-year-old medical doctor who started dancing at age 4, was elbow deep in medical school when she thought to enter the pageant.

“I have always wanted to be a doctor and help people, but who wouldn’t want to be the brand ambassador for Jamaica?” she says, adding that she gave up her internship to pursue this other dream. “But I have the rest of my life to do medicine, so I am just exploring all that life has to offer now.” 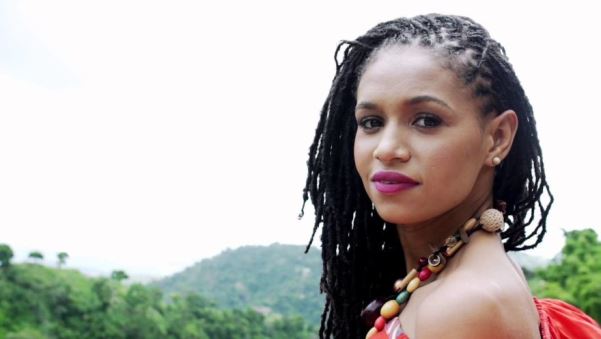 Now, she’s in China for the month-long Miss World festivities, representing Jamaica to the fullest with her brains, talent, winning personality, and “beauty with a purpose.” But can this perfect storm of attributes sweep away any lingering stereotypes to settle the coveted crown on her “natty” dread head?

As Miss World, her job would be to spearhead initiatives as the face of several fundraising efforts for the Miss World Organization, the institution behind the pageant that raises millions for children’s charities each year. Because one of her missions is to empower youth, this title would propel her platform as a world-shaper by connecting them to resources that could tangibly impact their futures. And what value could her iconoclastic look possibly bring to the process of empowerment?

Dreadlocks go back thousands of years. Biblical figures Samson and John the Baptist, King Tut’s mummy, Vikings, Hindu mystics, Asian emperors, Jamaica’s Maroons, and the freedom fighting Mau Maus of Kenya are all said to be bound by the same matted mane—that is, way before Bob Marley stepped on stage and flung his iconic locks far and wide.

The versatile world of dreadlocks remains a mystery to many cultural outsiders. “How do they do that? Where do I get some? And how is it that one person can have over 100 matted tendrils, cascading down, slimmer than pinkies, while another sprouts only four that stick up, fat as forearms?” While it’s clear that Dr. Myrie keeps her slim locks neat by frequently twisting them at the root, other dread wearers, outside of washing them regularly, might leave theirs untouched, to knot up as they may, hence the description “natty.” Maybe if her locks looked the latter, Dr. Myrie wouldn’t be Miss Jamaica World. 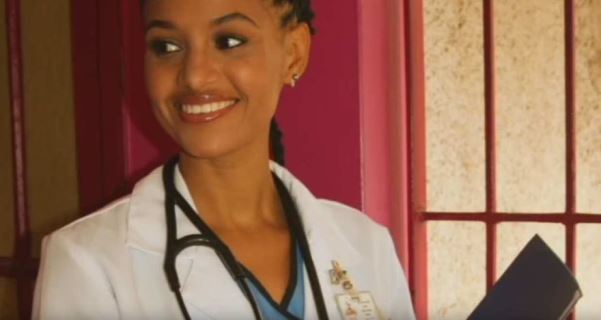 After all, being of clear African descent hasn’t proven to boost anyone’s chances of a win—at home or on foreign soil—and it’s hard to believe it’s because they are inferior candidates. Black countries with a white minority have been known to regularly churn out European contestants. What’s more is that even though the Miss World competition started in 1951, the first black African, from Nigeria, won in 2001. And none since. (Note: Egypt won once, and South Africa won twice, but with European-looking delegates.)

Interestingly, Jamaica’s contestants have a better track record at placing at Miss World than any country of African descendants with three wins and several runners up in the pocket. Carole Joan Crawford was the first Miss World of color to take the crown in 1963, though she skews racially ambiguous, at best. Damien “Junior Gong” Marley’s mostly-white mom, Cindy Breakspear, won in 1976. Lastly, an undeniably black Lisa Hanna, a major influence for Myrie growing up, triumphed in 1993. All of them sported straight styles.

And while one or two braided beauties represent Africa in these widely-televised, international pageants, when it comes to rocking Afro-centric hairstyles that speak to a history of oppression, Jamaica, too, has blazed that trail more unabashedly than other colonized countries whose contestants tend to overwhelmingly sport long, silken tresses of the status quo. Jamaican contestants Andrea Lyons (who made it to Miss World semi-finals) and Joan McDonald both donned Afros fit for a crown. That was in 1974 and 1978 respectively, decades after Jamaican political leader Marcus Garvey planted the “Black is beautiful” seed in the consciousness of an unready world. Reminiscent of that ideology, the 70s, the era of the Black Panther, sent images of empowered black women with fists raised and their perfect globes of hair, often crowned with berets, rippling across the world. 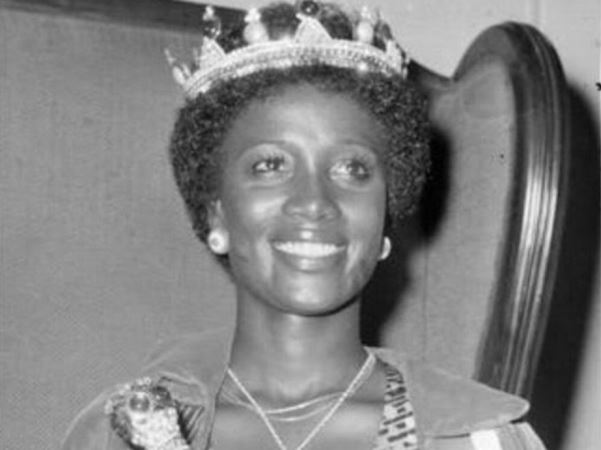 And while our current Miss Jamaica World is a vegetarian who loves listening and dancing to reggae, Dr. Myrie publicly only admits to a coffee habit—which she sips through a straw to keep her teeth white—and doesn’t rep Rastafarianism as her reason for locking her hair, but Jamaica itself. “I lock my hair because I identify with it. I am very much rooted in that Afro-centric nature, where we as Jamaicans are rooted. It’s my expression,” she states.

Once sacred yet frowned upon by previous generations for its associations with poor hygiene, weed smoking, and criminality, dreads have grown more visible in popular culture, thanks to talents like Whoopi, Stevie, Lauryn, and Lisa Bonet. While American celebs have somewhat divorced the ‘do from Rastafarianism, transforming the style from an indicator of spirituality to mere fashion, self-expression, and quixotic free-spiritedness, the truth about how welcomed the hairstyle is to other realms of life remains questionable. 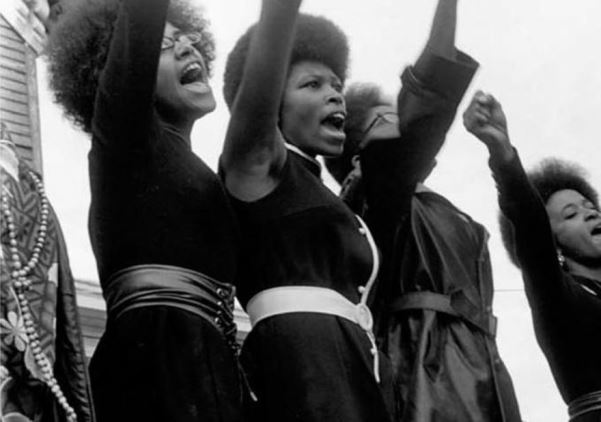 And that is not even to say that celebrities are immune to lurking stereotypes. Earlier this year in fact, at the sight of Disney star Zendaya’s dreadlocked appearance on the Oscars red carpet, E!’s “Fashion Police” TV personality Giuliana Rancic remarked that she must’ve smelled of patchouli oil and weed. The 18-year-old Zendaya respectfully checked her on Instagram, and then removed the faux locks the next week.

While Dr. Myrie doesn’t want her hair to be the focus of her presence at Miss World (as she has plenty of “presentation, intelligence, and charitable work” to offer), out of all 117 contestants, her look is arguably the most unique. It clearly doesn’t dance to the drumbeat of this Eurocentric arena. And though the average spectator can have no way of knowing what goes on behind the curtains, the question remains: have dreads become internationally accepted enough to become a non-factor in the decision making, or do they still hold the power to sway her chances of becoming a world ambassador for children? Can the style’s mystique entreat the judges—two Brits, two Chinese, and a Venezuelan—to perceive it as beautiful… or dreadful? 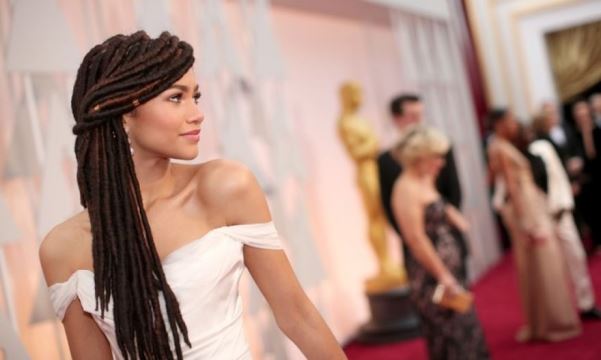 Dr. Myrie’s locked presence in this tilted arena is more than just about touting Jamaica’s noteworthy culture or inspiring young girls to become dreaded beauty queens like her (as wonderful as that would be). It even goes deeper than chipping away at the age-old stereotypes of inferiority that continue to systematically oppress people of color worldwide. Really, though, there’s an immeasurable impact that occurs in the psyches of marginalized young people—sometimes who have brittle dreams—when they encounter a future version of themselves in a role model like Myrie, whose life and likeness reflects them more than the well-meaning, usually white, savior. 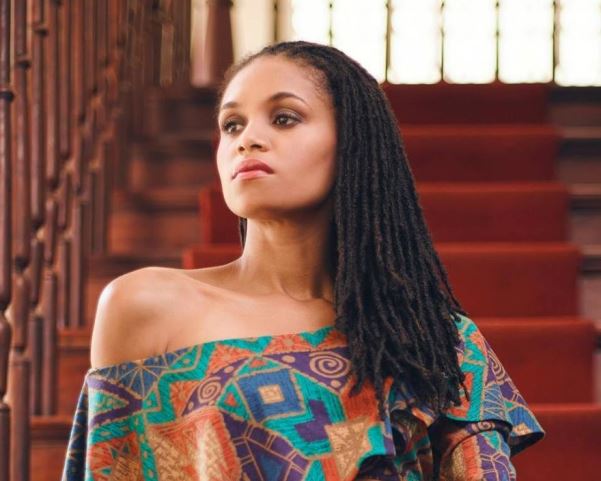 Whether she wins or not, the Miss World pageant is sure to be one of many platforms for the message Dr. Sanneta Myrie’s life intends to send. That from the potholed streets of Kingston, to this crossroad between stethoscope and sash, she is here, embracing her beauty’s natural mystic in an arena despite validation from others: this 24-year-old doctor, dreadlocked and dancing to Junior Gong. Article courtesy http://www.femde.com

The story behind Montserrat’s Calabash Festival