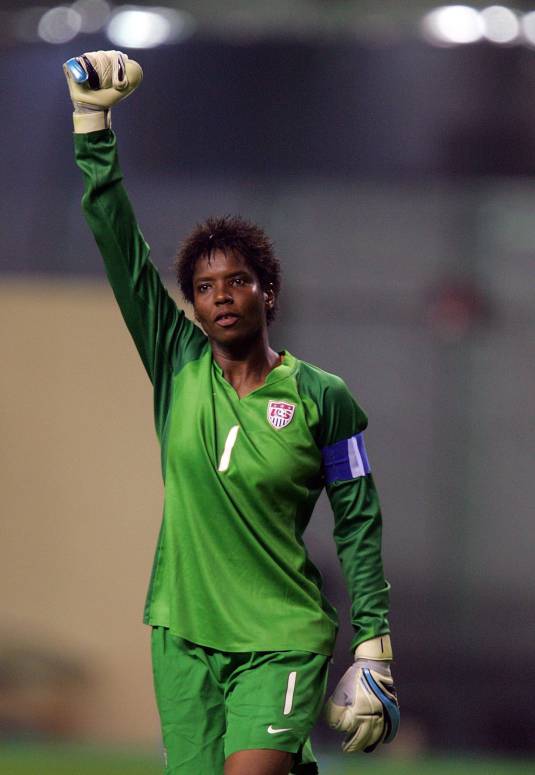 Briana Scurry’s soccer career began in Dayton, Minnesota. The 12-year-old was the only African-American and only girl on the team. Thirty-two years later, Scurry became the only African-American woman in the National Soccer Hall of Fame after she was elected recently in her fourth year of eligibility. The starting goaltender for the U.S. women’s national team that won the 1999 Women’s World Cup also was the first female goalie chosen for the hall, according to The Washington Post’s Steven Goff.

Scurry, who has been eligible since 2014, was the lone player elected among 33 nominees announced in May. Dr. Joe Machnik, a former player, coach, referee and commissioner, joined Scurry in the 2017 class. U.S. Soccer said details about the induction ceremony will be unveiled later.

A 14-year soccer veteran, Scurry retired from the Washington Freedom of the Women’s Professional Soccer Leagueseven years ago. She suffered a career-ending concussion after taking a knee to the temple at full speed from a Philadelphia Independence forward. A gold medalist with the U.S. team at the 1996 and 2004 Summer Olympics, Scurry is remembered for her cross-net deflection of China’s Liu Ying’s spot kick that set up Brandi Chastain’s game-winning penalty-kick-to-shirtless-slide succession in the 1999 Women’s World Cup.

“It’s a fantastic honor to be inducted to the Hall of Fame. I remember watching the Olympics on the couch with my parents at 8 years old, dreaming of becoming an Olympian myself. It was with their help – and that of my coaches, teammates and countless others – that I was blessed to not only become an Olympian, but an Olympic and World Cup champion,” Scurry told U.S. Soccer. “Soccer had already given me so much more than I could possibly give back. Now, to be inducted alongside the likes of Michelle Akers, Mia Hamm and Kristine Lilly – I am truly humbled. And though my mother and father have passed, I can feel their pride swell. Thank you for letting me play for you, and thank you all for this incredible honor.”

The Caribbean and the Olympics

Windward Islands football is back!

London 2012 serves up the best in British food