World of sport not waiting on Trinidad and Tobago 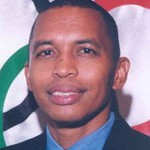 So London 2012 is over and Trinidad and Tobago has come away from the Games of the 30th Olympiad with a four-medal haul. In total there were 12 top eight performances. Unprecedented, certainly.

Many persons will claim credit and seek to bask in the glory of it all. Whatever rewards Keshorn receives for his gold medal are well deserved. The real challenge for the 19-year old will be keeping everything in perspective.

At such a young age and having won an Olympic medal, his future is very bright. London 2012 was a great Games for T&T in many ways—some obvious and others not so obvious. Listening and reading all the comments can be worrying as some may be wide of the mark.

Our track record as a country celebrating sporting success is always wonderful to see, hear and watch. However caution is necessary. Having waited 36 years for a second Olympic gold medal, the euphoria is understandable.

Celebrate and acknowledge the world-level achievements but remember the harsh light of reality will soon shine. Delivering on the new expectations requires meticulous planning and an intense focus on delivery and implementation.

Many calls have been made for government to pump more money into sports. Simply doing that will be a huge mistake.  First there must be candid assessment and discussion about where T&T is really at, and what is needed.

If the right approach and conversations aren’t undertaken, the wait for another gold may be even longer. The world of sport is not standing still nor will it wait on T&T to get it right. The performances of our supremely talented young men and women who made up the London 2012 Olympic team was a fantastic advertisement for T&T. 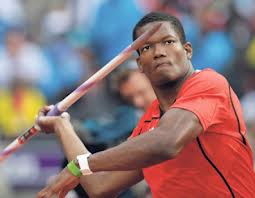 Should T&T not build on the London 2012 advances and achievements it certainly will not be the fault of the athletes. Now is as good a time as any to say that the leaders of local sport have before them a golden opportunity but it can all come to nothing if the conversations aren’t focused on what must be done.

A top down attitude to sport development will not provide the athletes with the foundation and platform they require. In the absence of physical education in primary schools, vibrant sport and community clubs and initiatives that inspire adults and children to go out and participate in various sporting activities, there will not be sustainability and consistency.

When a country can continue to produce and develop athletes who qualify not only for the Olympic Games and World Championships, but make it to the finals, rest assured, medals will be won.

T&T, following London 2012, is on the cusp of a golden era at the Olympics. It was way back in 1997 that the TTOC executive first sat down and did a strategic planning session and discussed future Olympics. Getting to the podium is never the work of any one individual or group.

It takes a lot of unsung heroes—beginning with parents, family and volunteers—to create podium success. On the topic of unsung heroes, members of the T&T Olympic team returned home yesterday.

The fact that Caribbean Airline flight 903 was a pleasant experience came about because of the great work of Aileen Reid, the Gatwick station manager and Keith Horsford training officer.

The flight crew, in particular the flight attendants were wonderful. Why are they being singled out as unsung heroes? Their efforts made the world of difference between an unpleasant and pleasant experience.

Brian Lewis is the Honorary Secretary General of the T&T Olympic Committee  www.ttoc.org  The views expressed are not necessarily those of the TTOC.

Can the decline of WI cricket be reversed?