OYLYMPIC JAMAICA (The Island of Springs and Wood) 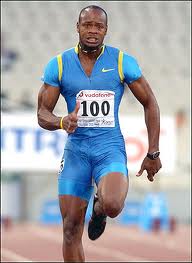 Jamaican Independence Day is August the 6th, right in the middle of the Olympic Games schedule and on the day of the Athletic Sprint relays.!!!!!!

This major Caribbean Island may be small economically but packs a substantial Olympic punch.  Since 1948 The Island of Jamaica has won 55 Olympic Medals – 54 in track and field (see medal table below).  How does a Caribbean Island with a population less than 3 million produce so many Olympic athletes in relation to its size?  Currently 4 of the world’s fastest sprinters originate from Jamaica and of course the world’s fastest man Usain Bolt.

Improved coaching and a new system to develop raw talent at home have been sited as the main ingredients in this ‘run to success ‘.  Add the ingrained belief that ‘sprinting’ is viewed as an inexpensive ticket out of poverty; and has been nearly exalted to the national sport of Jamaica – there we have fertile ground for success.

Anthony Davis Sports Director of the Jamaican University of Technology (UTECH) whose programmes and facilities have helped shape some of Jamaica’s finest and fastest runners in Asafa Powell and Usain Bolt, sums it up quite colourfully in the spirit of Jamaican Lore.   “Where we are today is like a flower we have had to plant the seeds and tend the gardens.” Planting the seeds and tending the garden is a reference to the all important  revered  “Champs”  the Jamaican Athletics  School Championship for boys and girls which is one of the significant events in the Jamaican Calendar. 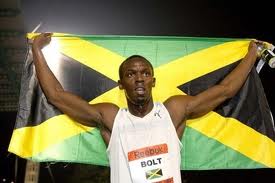 The revered Championship” began 100 years ago and now is held in Kingston Stadium,   known as the site where sprinters win their spurs. “Champs is the real deal, the competition is fierce and the tradition is deep.   If you can do well at the Champs you can do well anywhere in the world” says the current four times  Olympic gold winner  Bolt.   And past winners of  “Champs” are  Powell and Shelly-Anne Fraser.

So what makes Jamaicans so fast bearing, in mind that Lindford Christie,  former British Sprinter.- bronze medallist at the Seoul games and Colin Jackson British Hurdler are both of Jamaican descent and were born in Jamaica – Nature or Nurture?

Jamaicans say “ It’s in the blood and in the food”  Dr.  Dell, Jamaican Sprinting Coach states;  that previously, Jamaican sprinters trained away from home, on scholarships to the USA or Canada.  Now with a “Home base programme which supports their  Physical, Emotional, Nutritional and Spiritual needs coupled  with the Jamaican fierce desire to succeed and win in everything they do. While training in idealic surroundings of a beautiful island we have the recipe for success”.  This would seem fair commentary in the light of both Jamaican  male and female Olympic sprinting Champions – Usain Bolt and the Ladies with Shelly –Ann Fraser and Veronica Campbell-Brown.  Not forgetting that Yam and Banana washed down with mint tea is supposed to be the food of choice.

Asafa Powell Strips Down for His Fans