Obama Second Time Around: The Significance 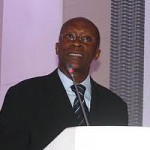 The re-confirmation of a black man as President of the world’s most powerful nation is a significant milestone in the progress of Western civilisation towards a post-racial era. True, we do not yet live in that era, but we are definitely on the right path.

The milestone that has been reached shows that change is coming to the minds and hearts of many; enlightened attitudes to race are replacing the deep-rooted and sometimes sub-conscious perception of the inherent inferiority of the African and of persons of African descent.

Whatever their origins, these are beliefs that were cynically cultivated to enable and justify the depredations of colonialism and slavery and the inhumanity and injustice that were, to varying degrees, part and parcel of these systems.

In his famous I have a dream speech Martin Luther King, whose birthday was commemorated on inauguration day, foresaw the era that we are entering in which his children would “not be judged by the colour of their skin but the content of their character”.

Haile Selassie speaking at the inaugural meeting of the Organisation of the African Unity in Addis Ababa, put it just as poetically, as he called for a “time when the colour of a man’s skin will be of no more significance than the colour of his eyes”.

These leaders experienced racism firsthand; whether the daily affront and harassment as a black in the Deep South or the colonial war waged against the Ethiopian people in the 1930’s by Mussolini’s fascists who used poison gas in violation of the rules of war.

Martin Luther King and Haile Selassie understood not only the injustice but the wastefulness of racism, which made for conflict and prevented the realisation of the full potential and contribution to society of the human being.

This time four years ago, the world was in love with Obama here was a superstar; young, bright, articulate and handsome who was ready for constructive engagement with the outside world on the basis of respect and he was black! It seemed unbelievable; the US would actually have a black President. For weeks back then I had to keep pinching myself, the unthinkable had become reality.

Nonetheless, as a confirmation of change in attitudes towards race in the US and progress towards a post-racial world, the first election might well prove to be of less historical significance than his re-election last November.

In 2008 Obama’s promise was appealing, and America was ready to give him a chance.

Last November, things were different; there was a track record on which he could be judged. His plan emphasised growth rather than shrinking the size of government; making America more compassionate and caring, including by paying better attention to the health and welfare of the less able; and linking tax contribution more fairly to the ability to pay.

Many voters though apparently did not make up their minds on the basis of this sort of consideration; instead, according to polls and reports, a significant percentage did not look beyond his skin colour, hiding instead behind myths stubbornly propagated by the likes of Donald Trump that he was not born in America, was really a Muslim etc. etc. 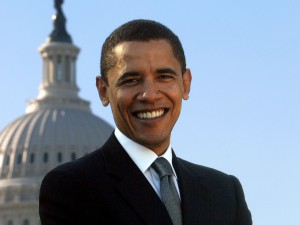 For Obama to win last November the majority of voters had to be sufficiently confident in his ability to entrust him with a further term. He had to be judged on his merits and programme and appeal to and convince American voters across all ethnicities and colour groups; the largest of which is white of course. This is what they did and that is why his re-election marks such an historic milestone.

The more enlightened attitudes that we are witnessing are not limited to race but are being reflected in rejection of prejudice based on other characteristics such as gender and class which traditionally have exerted undue influence over the individual’s access to resources and ability to contribute fully to society and in the process defining life chances.

Just by winning in November, Obama has confirmed that in America the best person can be chosen for the job. This therefore is both a challenge to other countries to follow suit and encouragement that can help embolden victims of racial, gender, class, or religious prejudice and discrimination the world over.

This is a tremendous achievement for one man. At a personal level, the lesson that we can extract and translate into our lives is to courageously seize and pursue opportunities whether they fall into our laps or we have engineered them.

Despite his idealism and background Obama is a result oriented pragmatist. True, like Martin Luther King he yearns for social justice but like Malcolm X he understands the realities of the structure of power in America. 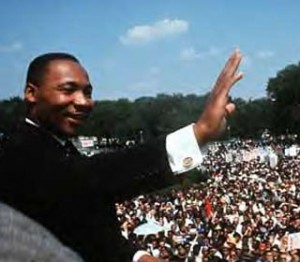 However, his approach to bringing about change that is truly revolutionary was different from that of his predecessors. His style was not to campaign or agitate from the periphery, but mastering and working within the system. This is the other valuable lesson for us that, though they have their place, it is not always outrage, righteous indignation or direct action, but playing within the rules and excelling that can sometimes secure the results we seek.

Also, just as his confirmation in the White House sends a signal of the value of the black person in America, in the same way it debunks the notion, that found its most extreme expression in the South African apartheid system, of blacks not being good enough at running countries.

Undermining such prejudice, strengthens the ability of all countries to participate more fully in, and contribute to, international decision and policy making. This should make for more democratic and inclusive global governance and a more equal, fairer world.

History was made in Washington DC. A few years ago, against all odds, a brilliant young man believed the impossible. Through perseverance, hard work and maturity of millions, America is now firmly on a post-racial path and the world will never, ever be the same again…thank you Barack!

Extracts from a presentation by Edwin Laurent at an Obama Inauguration Tribute in Brixton, London 21st January 2013

Caribbean in desperate need of investment

Once In An Island: An interview with producer Alvin Glen Edwards