London, August 23, 2012. The Trinidad and Tobago High Commission, London, facilitated CARICOM High Commissioners by hosting a CARICOM Diaspora Meeting on Tuesday August 21st 2012 from 1:00 p.m. to 5:00 p.m. at its TT Village site. Over 120 members of the CARICOM Diaspora attended the meeting which was held in the Cinema of the Tricycle Theatre in Kilburn. 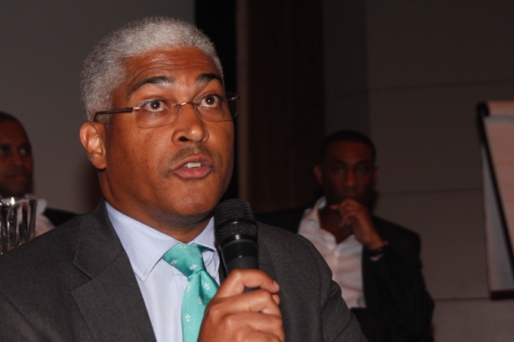 The objective of this meeting was to provide a platform to inspire, mobilise and encourage the UK-based Diaspora to re-invest in the Region towards its development and growth from a trade and investment perspective. The meeting succeeded in fulfilling its mandate of addressing issues which will guide future discussions and meetings with vested UK officials. 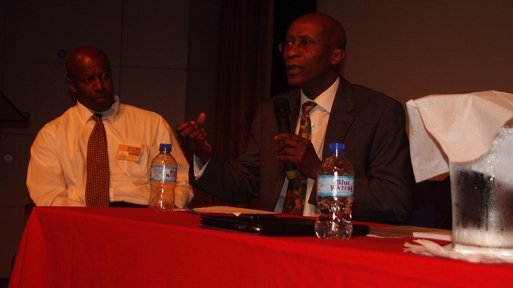 His Excellency Garvin Nicholas delivered a Welcome Address which outlined the expectations for the meeting and reiterated the tenets of the agreement reached at the UK Caribbean Forum held in Grenada in January 2012. 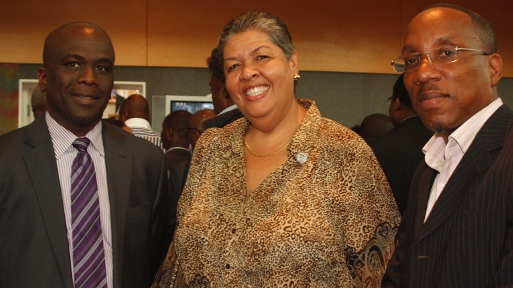 Mr. Shaun Clarke, Desk Officer at the Foreign and Commonwealth Office, addressed UK CARICOM Trade and Investment Relations, advising attendees of the steps the UK is taking to foster increased trade and investment in the Region. He revealed that the UK will shortly open an Embassy in Haiti and a UKTI office in Georgetown, Guyana. 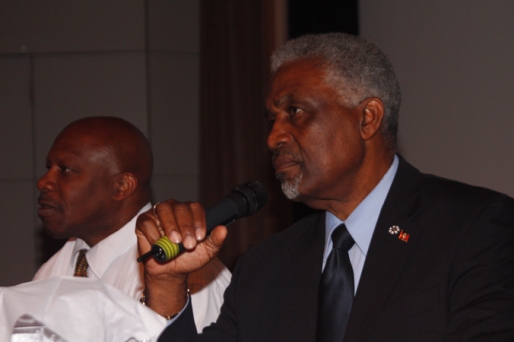 Mr. Gus Franklyn-Bute, Deputy Head /Investment & Promotions at Invest Hong Kong, spoke about his Vincentian roots and outlined his Business Model for a ‘Caribbean House’ based loosely upon the Asia House model. 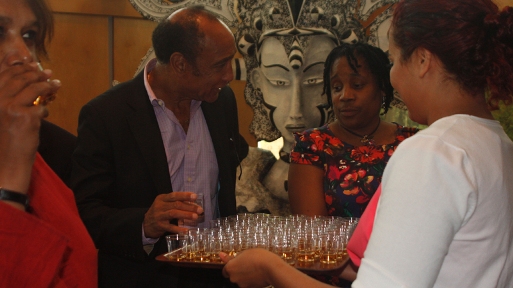 Mr. Edwin Laurent, most recently Head of Trade and Regional Cooperation Commonwealth Secretariat: responsible for research, advocacy and capacity building in trade and development policy and regional integration, outlined ways of building trade and investment networks for the sustainable development of CARICOM. 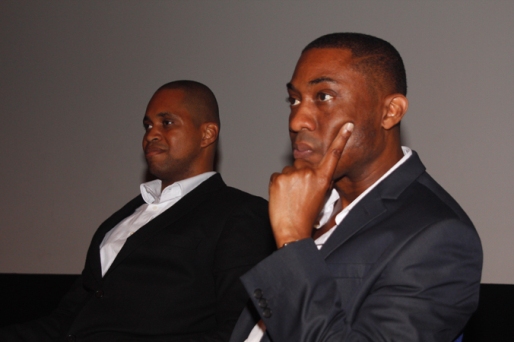 Mr. Laurent outlined the threats which small states in the Caribbean faced and proffered the Chinese and Indian experience in making an impact on the World stage. He also outlined the ways in which the private sector and the Caribbean Diaspora in the UK can contribute effectively to the development efforts of the Region. 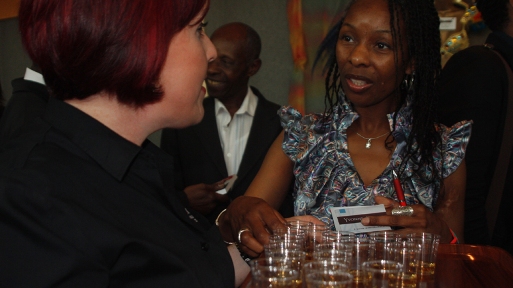 The first half of the programme was brought to a close following the contribution of Mr. Denis St Bernard, founding Director of the Caribbean Enterprise Network. Mr. St. Bernard addressed the audience on ‘Linking the Region for Growth’, outlining the Business Facilitation Services of his organisation. 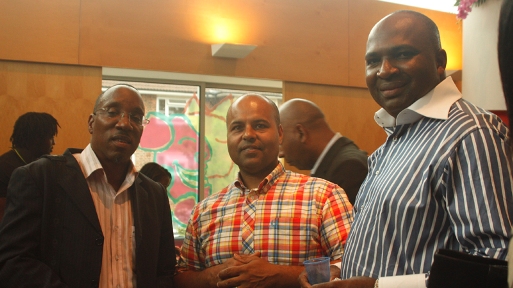 He took the opportunity to introduce CENUK’s online media partner, Mr David F. Roberts, Founder / Publisher of CaribDirect.com, a global business and lifestyle platform focusing on the Caribbean. Mr Roberts outlined the thrust of CaribDirect.com which is to assist CENUK to publicise their work globally while assisting Caribbean governments to disseminate their communiqués to the Diaspora. 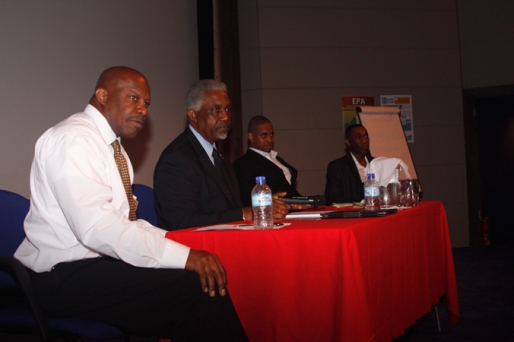 A Panel Discussion, chaired by H.E. Dr. Carl Roberts, High Commissioner for Antigua and Barbuda, and comprising, Mr. Denis St. Bernard, Mr Gus Franklyn-Bute, Mr. Edwin Laurent and Dr Nigel Williams, ended the afternoon’s proceedings, by focusing on the needs and concerns of the CARICOM Diaspora and inviting attendees to contribute to the formulation of a regional policy that would provide a platform for mobilising the talents, skills and resources of the CARICOM Community overseas for promoting the trade and investment interests of CARICOM. 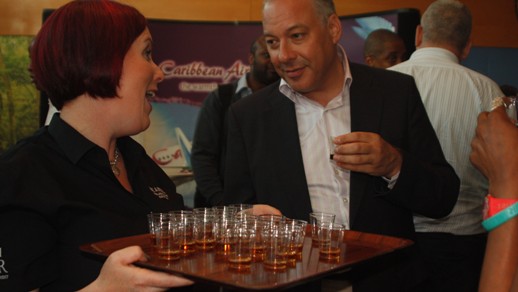 This comprehensive question and answer session yielded a wealth of concerns and ideas from those gathered, including the need for a Caribbean News Network which would accurately reflect events in the Region, proposals for the unification of currency and improvement of security for nationals and visitors, judicial reform, and ways to capitalise on the tremendous pool of talent that exists both at home and overseas for development purposes.

Attendees repeatedly voiced their assent for the ‘Caribbean House’ business model based loosely upon the Asian experience. The Chair summed up proceedings by advising that the proposals proffered at the meeting would be discussed at the forthcoming CARICOM High Commissioners’ meeting and the results disseminated to attendees via their respective High Commissions. 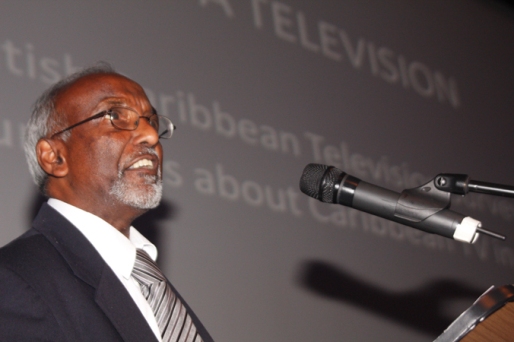 H.E. Mr. Cenio E. Lewis, High Commissioner for St. Vincent and the Grenadines, delivered the Plenary and Vote of Thanks to bring a close to the meeting, ending with the immortal words of the late US President John F. Kennedy, ‘Ask not what your country can do for you, ask what you can do for your country’.

Women empower yourselves for your communities